April 20: Say the Names of the Places You Love

In Canada, we boast a legendary free-verse poet who was always larger than life. Al Purdy, (1918 – 2000), had a literary career spanning 56 years. He produced 39 books of poetry, a novel, two volumes of memoirs, and four volumes of correspondence. He has been called Canada’s unofficial poet laureate. 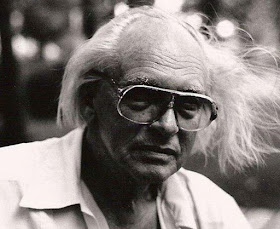 He was born and lived in Ontario, but spent winters in his later years, in Sydney, B.C. He was able to support himself with his writing, and as an editor. He wrote in an A-frame, which has been preserved, after his death, as a memorial to him. 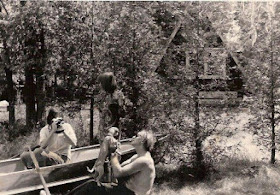 He was a friend of Charles Bukowski, who once said, “I don’t know of any good living poets. But there’s this tough son-of-a-bitch up in Canada that walks the line.”

Al Purdy died as he lived – on his own terms. At 81, dying of lung cancer, he chose assisted suicide, and exited the world, leaving behind his wife, his substantial body of work, and his beloved A-frame. I’d like to think he still visits that cabin.

Perhaps his most well-known poem is “Say the Names”, which he wrote shortly before his death, an elegy to some of the beloved place-names of his life, in this case locations in British Columbia. Let’s take a look:

SAY THE NAMES
by Al Purdy

till the heart stops beating
say the names

The Village of Tulameen, B.C.
source

Our challenge is to write a poem in the spirit of “Say the Names”. What are the names of the places that live in your heart: their mountains, their rivers, their lakes or ocean shore, the small towns, the deserts, the city streets?

Sing us a song of those places, those names. Let’s sing out the places we love. I can’t wait to read your love poems to the places in your heart.