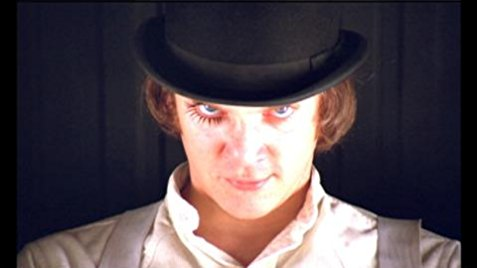 Hello all, I wrote the prompt without trying writing myself... but after some playing around I had a lot of fun with it...

Look forward to see what you come up with.

Thank you for this interesting prompt. When I was studying for my MFA one if the things I studied was Polari, the language used in the 1800s among theater people, gypsies, gay men, prostitutes, horse traders, etc. It was thought Oscar Wilde spoke Polari. I will be using this language in my poem.

Bjorn, slang and I have never really played well. I suspect slang doesn't like me. But... I tried (and, like you, had a lot of fun).

Thank you for hosting, sir. Happy poem(ing), everyone.

P.S. I'm having some issues with my WordPress site at the moment, so I'm currently using my old Bloggers blog (say that 13 times fast).

@Toni I think slang might have been like a code as well... look forward to your poem.

@Magaly .. me and slang don't play well either, that's why I invented my own slang... a bit like nadsat actually

Well, I tried and it was fun. It would have been easier if I had used a foreign language only, like German or Pig Latin. I used to be fluent in both, now only in the latter. But I don't know SLANG for either. It is an hour past my bed time but I had to finish it tonight, busy tomorrow. (sorry--maybe--it is so short)
The "Appendix" was my only aid, I did recognize the "familiar term" for "Grandmother".
..

I love that Toni has used Polari (Kenneth Williams used it on the BBC radio programme 'Round the Horne') and I toyed with it for a bit. Then I tried writing a poem using Cockney rhyming slang (my mother was a true Cockney - born within the sound of Bow Bells) and a smattering of German. But in the wee hours of this morning, I woke up in back-slang! I have one bit of rhyming slang, though. :) I'm dying to see what you have all done.

I turned a rant into a poem and used slang as appropriate :D Fun prompt, Bjorn.

@Jim the use of slang is to mix languages... like using pig latin in english, but any way you chose to interpret the prompt is fine.
@Kim I look forward to some real slang, to me as a novice in slang I just imagine what it would sound like.
@Rommy rants are perfect in slang... Alex in a clockwork orange truly just ranted.

I love the prompt, Bjorn and looking forward to reading responses after the weekend - we're having a family get-together.

Thank you for hosting on the last weekend of 2018..

@Kerry the responses to this prompt are great... and it was fun to create your own slang.

Love the prompt...some of the slang is mine some is right from where I live.