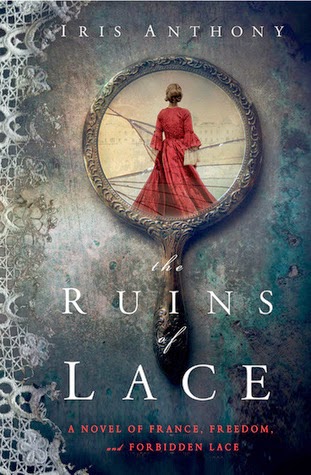 Lace, it has a violent history involving death, blindness and smuggling. It is hard for me to envision lace having such a dark past. I first became aware of it when I read the book, The Ruins of Lace by Iris Anthony. Frankly at the mention of lace my mind goes directly to my wedding dress.

There are no definite dates for its origin, but what we identify as lace came about in the early sixteenth century. There are several sources at this time which tell us that poor children were taught lacemaking in an attempt to make them self-supporting and in England their teacher was paid 2 pence for each child per week. A teacher would hold classes in a room of her cottage while she also supervised the more proficient in the production of saleable lace. In 1699 a child of six or seven could earn 1 shilling and 8 pence a week and a good adult 6 shillings and 6 pence.

A working day at this time would have been from 6 am through to 7 or 8 pm and after dark, 4 lacemakers would be sat around a small table on which one candle would be burning. Between each lacemaker and the candle, a glass flask of water would magnify the light from the candle and focus it onto the lace pillow to illuminate a tiny part of the work. On fine summer days groups of women would work outside but on winter days it was a different matter. Open fires were not allowed because the smoke from them would discolour and dirty the lace, so clay or metal pots filled with hot coals would be positioned under the women's skirts to keep them warm. Unfortunately these hot coals could also set fire to the lacemakers clothing. Another way of keeping warm was to work in a room above a barn so that the warmth from the animals below heated the working room above. Many women and children actually went blind from making lace because of the poor lighting and hours they were forced to work. 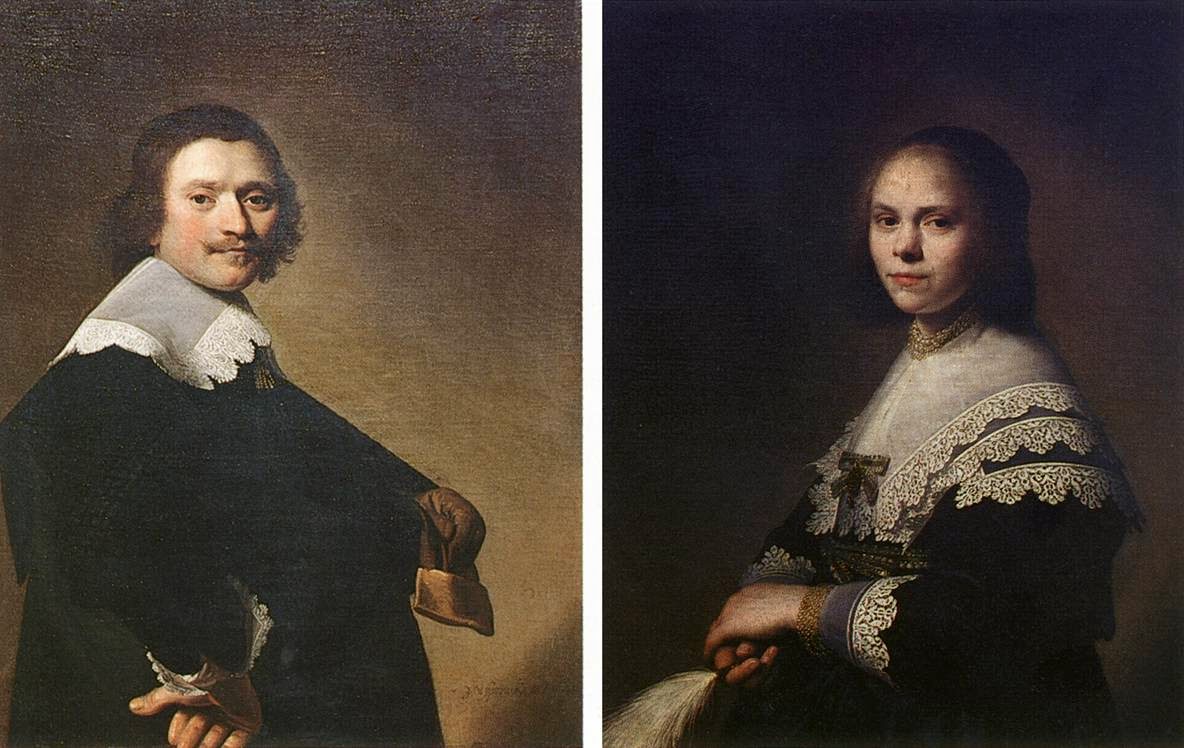 Smuggling of lace was always a problem for the authorities and it was amazing the lengths people would go to indulge their passion for lace. It came into countries in coffins, wrapped around the corpses of expatriates, including an Archbishop of Westminster. In some cases, only the head, hands and feet of the deceased would be found in the coffin, the rest of the body had been discarded to make room for more lace. Some was wound around small pet dogs, which were swaddled in fur wraps in attempts to avoid detection. Another method was to hollow out loaves of bread and yet another was to bring it into the country with the smuggled brandy by the 'Gentlemen'. Rudyard Kipling wrote a poem called 'The Gentlemen, in which he mentioned 'Brandy for the Parson, Baccy for the clerk, Laces for a Lady, Letters for a spy', in the second verse and 'French dolls trimmed with Valenciennes lace' in the third. Penalties for smuggling were very heavy but the commodity was so valuable that many thought the risk well worth taking, even milady would smuggle lace into the country hidden in her muff.

Over the centuries, bodies on the battlefields of Europe were searched in the hope that valuable lace would be found and one writing suggested that the officers went into battle wearing lace because they wouldn't be seen dead without it. 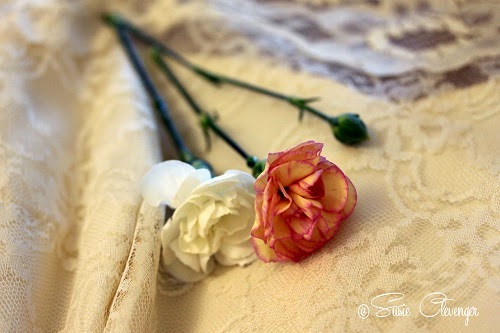 So the challenge for today is to write about lace. You can choose to write about its dark side, a wedding dress, grandma’s table cloth, curtains, doilies, clothing, sensual references, etc. Please create an original piece for this challenge, add it to Mr. Linky and visit your fellow poets to read their lace inspired poetry.

Imagined By Susie Clevenger at 12:00 AM
Email ThisBlogThis!Share to TwitterShare to FacebookShare to Pinterest
Labels: Bits of Inspiration, dark, history, lace, light

I love this place!
Great prompt and excellent history!

Yes Vandana, unfortunately lace does have a dark side.

Thanks so much cosmos cami

This didn't take me in a very innocent direction... *blushing* Great prompt!

Amazing. I never would have thought that lace was so linked w/violence and crime!

The incidents took my breath away...
sharing a few lines...thanks for the prompt Susie..

A really creative and interesting challenge, Susie. I will file it with the vignette, and Ella's quotation prompt, as ones I hope to someday do. Right now the onslaught of hot weather(we broke an 1934 high yesterday,another one expected to go down today) and the proliferation of new baby plants to keep watered, the mulching, pruning, and spring clean-up chores, etc, is just not leaving me any spare juice for poetry it seems. But I love this topic, and hope to come back to it. Apologies to everyone for my seasonal scarceness.

Fascinating - i had no idea of the "dark" history of lace!

This is a fascinating topic, Susie. I have some antique lace inherited from my grandmother and had no idea the value placed on it in the past. I have set my mind to thinking of an approach to the subject.

Count me as another Toad who did not know about the 'dark side of lace' ... therefore I went for fluff today!

@ccchampagne Love the direction the prompt took you. :)

@Lolamouse I hadn't a clue either until I read "The Ruins of Lace" and did further research.

@Sumana You are welcome

@hedgewitch I so understand. I hope rain comes to Oklahoma soon. By all means save your plants!

@Margaret I can't look at lace now without thinking of the price paid by many in its dark history.

@Kerry Thank you. I am looking forward to reading your piece.

An engaging essay, Susie! I love lace and its deceptive fragility, love how it looks and feels. I had no idea of this history. Ouch. I looked at some videos of lace making--it must consume HOURS and eyes and lives. I'll be back with a poetic response later.

@Susan Thank you. I am looking forward to what this prompt has inspired you to write.

Very interesting...thank you for the challenge, Susie!

Susie, thank you for nice recap of the history of the lace business. I would never have suspected any of the revelations you iterated here.
I stayed away from these facts and wrote a little ditty of which I hope some here might relate.
We are still (forever) on the road and my iPad is getting a fun but hard workout.
..

@Jim Thank you...Happy to hear you are doing well on the road!

I posted an impression with sound and a bit of rhythm. I enjoyed bring my attention here.

Susie, I had no idea~ I will definitely check out this book~
What a prompt you have offered us!
I am making flowers for my daughter's Prom-I hope to come up with something for your prompt~

@Sherry, Thank you. I am so glad I read The Ruins of Lace.

@Susan, thanks for giving a contemporary look at lace making.

@Ella, Thank you.It sounds like a busy time. I too hope you get to write for the prompt!

Love the history on lace. Mine is up at:

Hey Susie--late here, a hard few days. A fascinating prompt. Thanks so much for the information. K. .