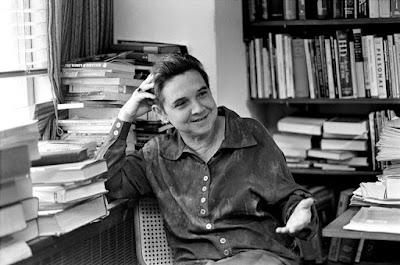 thanks for the introduction (for me) to this form Marian - as well additional info and links to help me get better familiar with it :)

I'll have to sit with it and see if my brain wants to play - but even if I skip, it's always good to learn new things.

Loved the prompt, Marian!💞 I chose to write a Terza Rima Sonnet. Happy Weekend, everyone!💞

I've been sick with a head cold and low fever (thankfully not the flu) for a few days so have fallen behind a little. This knocked me off of my bike for a few days too. Happy to be back!

Love this prompt and form!! I admire Frost so much and rhyme poetry of various forms is one of my favorite types to write. The majority of what I write is rhyme.

I'll be back with a poem and to read! Have a great Saturday Toads!

This is a wonderful way to write poetry... the nested rhymes is one of my favorites... for me it has often been a variety of writing sonnets... as Frost has done... Hmm I think it's too late tonight to write myself one... not quite as acquainted as Frost

Oh, how I loved listening to the Adrienne Rich recording! Thank you, Marian.

I've tried a terza rima sonnet, with a nod to Dante by making it 11 syllables per line – though not iambic.

And yes, I have a new blog (if it looks strange).

Happy weekend, everybody! Or whatever is left of it where you are.

I am a great fan of terza rima, alas, my muse just fainted dead away.

And a terza rima sonnet may be impossible to resist.

Thank you for the terza rima prompt, Marian, which I've only just read. I'm at my desk and ready to write. I was waiting for inspiration and the sun has appeared for the first time in days, creating a golden abstract on a downstairs window! But that might not be in the poem :)

Good morning, friends! I'm thrilled to see so many entries here so far. I'm wrestling with my own terza rima this morning and then will be around to read all of yours.

I was unfamiliar with this form. Love the example!

Does Terza curse count? I don't do rhyme... Well, I don't do it well. Thanks I think for the challenge Marian.

I love the name of your prompt "Fussy Little Forms"... off to try my hand at something.