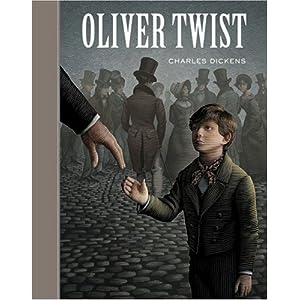 Dickens' writing style is florid and poetic, with a strong comic touch.

When, I think of Miss Havisham, I can see wild grown weeds, her lavish home, and how her home was in disarray.   Dickens show us with hints:  "Miss Havisham's house, which was of old brick, and dismal, and had a great many iron bar to it. Some of the windows had been walled up; of those that remained, all the lower were rustily barred. There was a courtyard in front, and that was barred, so we had to wait, after ringing the bell, until some one should come to open it....    We went into the house by a side door, the great front entrance had two chains across it outside,-and the first thing I noticed was, the passages were all dark, and that she had left a candle burning there.... But I saw that everything within my view which ought to be white, had been white long ago, and had lost its lustre and was faded and yellow."

I think of her perhaps having a split personality and being socially withdrawn.   Dickens'  style was noted by a term called  Dickensian.


I want you to write a Dickens inspired poem. If you want to follow through in English form, then by all means write a sonnet.   I would be thrilled, but it is not required.


Please make your character vivid and share a lot of details about their home, what it looks like, sounds like, smells like, etc.   And here is the twist, yes an Oliver Twist, lol.   You will write a poem about the home of another Toad!  Let's try to highlight key elements that we love about this Toad member. Where do you imagine this poet lives?!   I do not what you to share, until the following morning who you have written about.   Let's have fun visiting each others' homes and guessing who the Toad is!   I know you can do florid and poetic, but let's also add a bit of comedy~   Yes, do several and have fun!  If anyone feels left out-email me. I plan on writing more than three.  ;D   It will be a marathon day for me. I have a post at Poets United, here and also am part of IWSG=Insecure Writer's Support Group!   Yes, I will be playing Leap Frog, lol.   I have great expectations and look forward to your poems~ 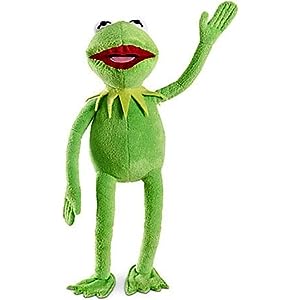 Imagined By Ella at 1:00 AM
Email ThisBlogThis!Share to TwitterShare to FacebookShare to Pinterest
Labels: Dickens, Ella Wilson, Ella's Post, Toads

anddickens here too, now this is a double pleasure :)

Oooh! What an amazing prompt!

This is an inventive challenge. Thanks Ellen.

Thank you Kerry! I think it struck me at midnight~ ;D
My poems feel more like riddles, but I think you will recognize these poets :D
They were fun to write and I might do a few more ;D

Other Mary-I thought it would be fun! This holiday is already stressing me out, lol~

Emma-Thank you! Yes, it is a double
Dickens day :D

Well, this sounds like fun. Except I have NO short term memory!!!!!! So it will make my Toad easy to recognize - I only remember Majorly Big Clues.

This is really clever, Ellie. Love your ingenuity.

I did mine from the details I know and imagine! Yes, blur the lines :D

Susan-I look forward to it :D

I have to run an errand Toads, I'll be back soon~

It is fun, have fun...don't make this anything but a clever visual poem of a Toad. We all know, we really don't know, lol ;D

This was fun ... though I didn't do well from a Dickensian standpoint!

Oh dear, I am much too new to know anyone. I'll be enjoying reading about all the mystery toads, though.

Lolly-Do a favorite Dickens character! We understand, but you could have fun! I think Tiny Tim's house might be fun or Estella's. ;D

Helen-You didn't have to follow suit. I am glad you had fun ;D

This was fun Ella although I wrote more guess who than Dickens..:)

Hiya Ella,
I reckon I got my Dickens in a twist. This was the one I wrote for with Miss Havisham's Hall setting the scene.

This was a blast, Ella!

Hi Lolamouse-Thank you! I know I had fun~ I also did some sleuth work, to make mine fit a lot of you, lol~
I'm happy you had fun! :D

Aprille-lol I love that idea ;D

Susie-So, did I, but this was his process, to use the home and its descriptive view to paint his characters! ;D I am glad you had fun~

This actually could have been a "regular" series. I needed more time to write "Charles Dickens" style. But this was fun! Thanks. I wish I had time to do more. Perhaps we can do this again and we can select another "toad"?! :)

See you in the morning for the "unveiling" :)

I didn't realize this about Dickens. I always use my setting to describe my characters' personality traits. How they live and what they "see" can be very informative. Too bad so few writers understand atmosphere and tone and what they can add to a story. I get tired of explaining when betas and CPs ask "Is this line about setting necessary?"
Great post! :-)

Susan-Sorry to hear that! I do hope your muse was inspired~ Please get some rest!

Lexa-Thank you for sharing! I now want to revisit Dickens' work. We keep hearing show don't tell. This is a wonderful way to do so! :D

Margaret-Yes,off to unveil, lol ;D
Yes, I would like to try again! I looked at a few of you that did interviews here and PUnited. Some of you have more than one blog! @>-----------

We could do a series on authors and their styles or genre ;D
Fun to think about-Thanks Margaret!

wow, what a prompt! i'm behind but will try my hand if i can!

Hi Marian, lol Join in if you can!
Here is my big reveal:

I finally wrote it, short but sweet. can you guess who. this writing has been the up point of my day, thanks http://llmcalling.blogspot.co.uk/2012/12/dickens-toad.html

Ella, I love that you highlighted your primary theme in black at the beginning of the post. You have no idea how much this helps my ADD brain to process the text the follows.

Hi Shawna-Sorry it misaligned :D
I didn't know that, but I think I do suffer from OCD, when my thyroid is fast. Ideas come so fast it is crazy good, lol and bad~ Thank you!!!