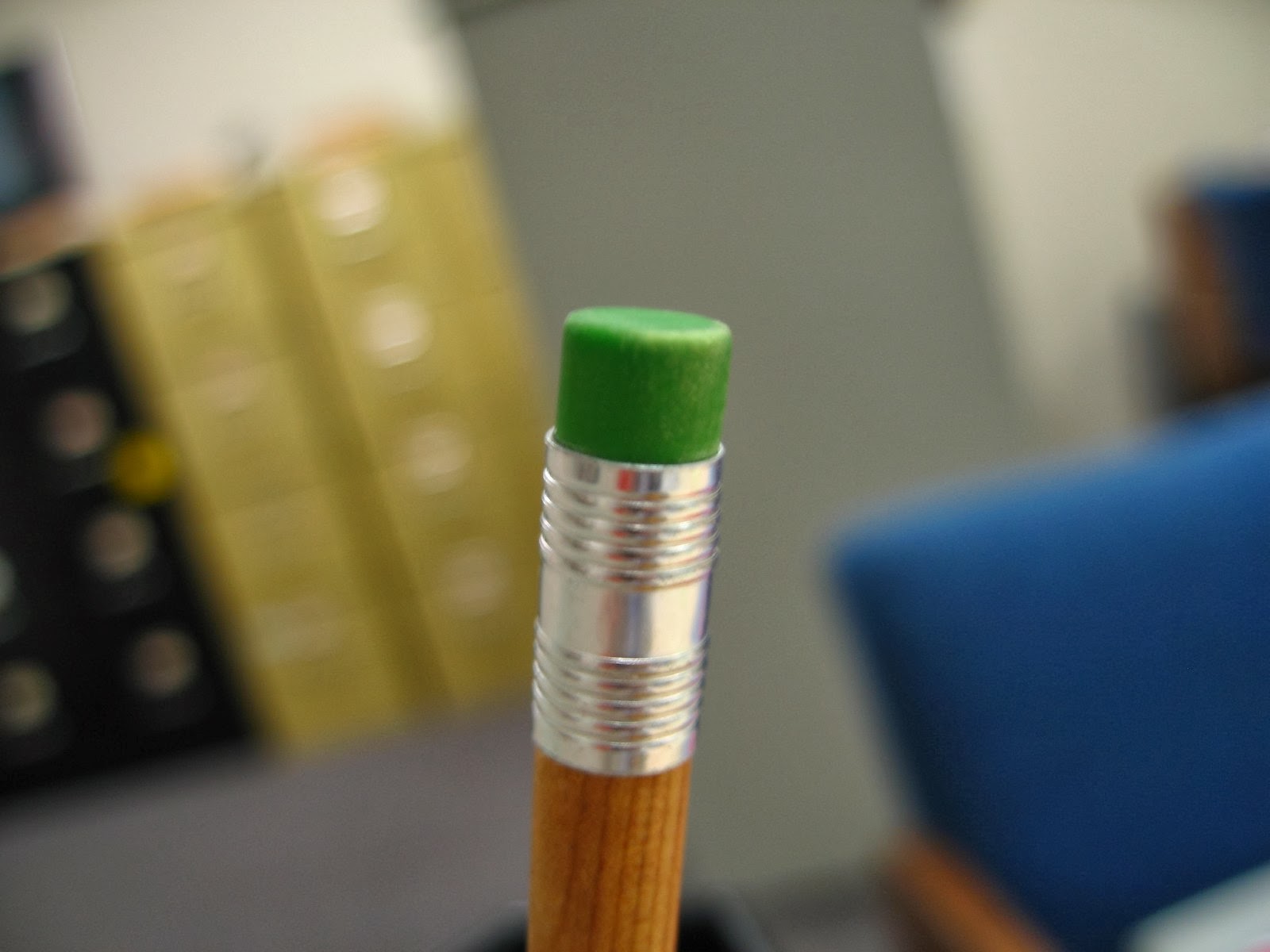 Greetings Garden Dwellers.  Welcome back to Out of Standard, where I will set before you a challenge to defy the conventions of a particular theme.  I will call upon you to write out of the standard and find new places in the everyday, but caution: there will be a twist.  Let’s move onward to February’s challenge...

KEEPIN IT CLOSE TO HOME: ERASURE

Wikipedia defines erasure poem as a poem created by erasing words from an existing text and framing the result on the page as a poem. The results can be allowed to stand in place, or they can arranged into lines and/or stanzas.

Below is an example of an erasure poem cobbled from a work of Bukowski. 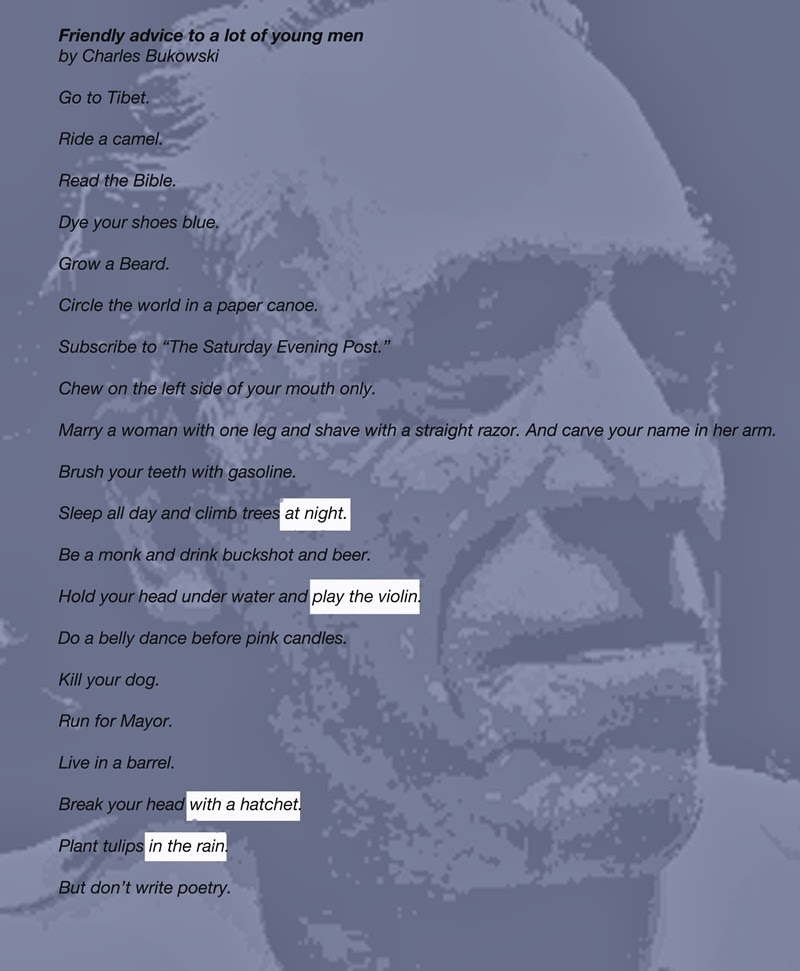 Erasure poems can be used as a tool to reframe a political dialogue.  In her book The ms of my kin, Janet Homes erases the poems of Emily Dickinson written in 1861-62, the first few years of the Civil War, to discuss the more contemporary Iraq War.

But this is the Out of Standard, and you all knew there was a twist coming.

The Challenge:
Go to your local news source, be it a newspaper or website and write an erasure poem from a local news story which posted today.  Your erasure poem may be as long or short as you would like, but you must adhere to the following rules

So go now, my muddy buddies, and bring us back something shiny and new.

Imagined By Isadora Gruye at 12:00 AM
Email ThisBlogThis!Share to TwitterShare to FacebookShare to Pinterest
Labels: Out of Standard

Hi Izy, Thanks for another intriguing prompt.

I just want to advise that I made the image smaller. We have a problem when pictures are too big - they often push our sidebars down to the bottom of the page. If anyone wants a closer look at the image, click on it to open it in the lightbox. It is very clear in this view.

I love Erasures, I've written a few, but I never get to be as good as Austen Kleon who writes 'Newspaper Blackouts'. I'll come back later with an attempt.

I was recently admiring the artwork of someone in Seth Apters new mixed media book which is this exactly. No idea it had a name. :0)

Just returned from class and read this wonderful prompt. Thanks, Izy. I'm excited to give it a go.

I've never tried one of these before, but what the heck. ~

I'm going to cheat the tiniest bit, Izy, because our local newspaper is dead awful. I'm going to try to get a story from one of the papers for which I used to work. Who knows? Maybe I'll have to resort to the local paper if nothing else looks inspirational.
I've never heard of erasure poems before, but I see they're not new. Even in my dotage I can learn something new every day.
K

Went to the on-line site for the daily news and it was horrible. I don't get the paper - will try and get a real one tomorrow but we are all snowed in (rain and ice to come tomorrow). I might have to go to a national paper on line. I'll try…

Kerry, thanks for fixing the picture...I am noting that for next time! Such great offerings from the toads today. I threw my poem into the mix, and am having a blast reading all the others!

Love this assignment, Izy. Sounds like a good assignment for early grade school kids when they are exploring the printed news.

I read the news today oh, boy
About a lucky man who made the grade
And though the news was rather sad
Well, I just had to laugh
I saw the photograph
He blew his mind out in a car
He didn't notice that the lights had changed
A crowd of people stood and stared
They'd seen his face before
Nobody was really sure if he was from the house of lords
Beatles – A Day In The Life by Songwriters: LENNON, JOHN WINSTON / MCCARTNEY, PAUL JAMES (more here: http://www.lyricsfreak.com/b/beatles/a+day+in+the+life_10026556.html )

Very challenging!
Mine is up at: http://purplepeninportland.wordpress.com/2014/02/15/home-conviction/