One of the premier responsibilities of the poet is to provide the tribe with the news. Inquiring minds just gotta know, and I am tasking you today with that row to hoe.

Of course, poets have shared that responsibility with a number of other figures over the millennia—sibyls and shamans, heralds and explorers, ink-stained wretches and digital media producers. We are never alone in our recitations of the news.

Humans have always needed information. Our faculty for speech developed around that need. Advance word of a raiding tribe could mean the difference between life or death. Travelers--be they roving hunters or traders, soldiers or monks—were carriers of information.

Eventually it was the novelty of that information which became especially prized. The English word "news" was developed in the 14th century; The Canterbury Tales is basically a chatty pilgrimage for news junkies.

As the Roman Empire declined in Europe, runners carried the news over long distances. The letter was a precious news commodity, and postal services developed to spread information for merchants and aristocrats. In 1558 the first hand-printed newsletter was distributed in Venice containing political, economic and military news, and the idea spread quickly to other Italian cities. About the same time the printing press was invented, and it wasn't long before printed newspapers began to circulate throughout Europe.

Although there was more of it now, the news was slow traveling about. By the time distant news got into the newspaper, it was history. It wasn't until the development of the telegraph in the 19th century that news could travel great distances with speed. Newspapers were quick to pick up on the innovation, and soon their pages were spiced with disaster and wars and murders most foul. Telegraph style" news was succinct and used the inverted pyramid—facts first, details below the fold.

The cycle of innovations to come meant that news was always finding a new medium. Radio news came in 1922, and by 1939 nearly 70 percent of Americans said their first news preference was radio. (What flat rag could compare to the voice of Edward R. Murrow on the roof of the BBC in London, offering live comment on the Battle of Britain?)

Then came TV news in the '50s, 24-hour cable news in the '80s. Finally came the internet and the rest, well, was the news whirlwind we live in. The news cycle is now fast-charging up-spiral, cellphones incessantly a-beep with alerts.

In the effort to attract viewers (and advertisers), news became entertainment. And nothing, as it turns out, is more entertaining than political blood sport. News has become loud with the roar of the Coliseum. (One of the titans of this sort of news died this week; he was eulogized by one media critic thus: "We are a hate-filled, paranoid, untrusting, book-dumb and bilious people whose chief source of recreation is slinging insults and threats at each other online, and we're that way in large part because of the hyper-divisive media environment (this media figure) discovered." (Suggested epitaph: He screwed everything that was fair and balanced.)

One criticism of this glut is that the more we know, the less we do. This was argued by Ned Postman in his 1984 book Amusing Ourselves To Death, a diatribe against the killing effect of TV entertainment culture on public discourse. (It is frighteningly prescient of our Internet age, as Megan Garber recently illustrated in The Atlantic.) In an news-saturated universe, “most of (it) is inert, consisting of information that gives us something to talk about but cannot lead to any meaningful action.” “We have here a great loop of impotence: The news elicits from you a variety of opinions about which you can do nothing except to offer them as more news, about which you can do nothing.”

In the Internet age, there has also been a devaluing of the truth in news as consumers of news have infinite choice in their sources, many of which prize attention over reality.  Very gripping report on the alt-right and related online hate groups from Data & Society titled “Media Manipulation and Disinformation Online.”  (The worst bit of news there is that a growing sub-tribe mixes real hate with just-kidding-irony so that there is no way to know whether an utterance is odious or offensively tedious.)

More knowledge about the world is shrinking our empathy for it. This was demonstrated  in  a 2007 study of online dating where participants were given more and less information about their prospective partners. Ambiguity was the clear winner. The where the researchers concluded, "Although people believe that knowing leads to liking, knowing more means liking less." Worse for all of us, the more our tribe thinks they know about each other, the sharper our sense of difference, the easier it attach to filter bubbles where everyone seems the same.

So what are we poets supposed do with the news?  What makes our vocation for it unique? (Breathe some relief that I am finally getting to the point of today’s challenge.)

For one thing, most of poetry's news comes from the heart, a place that is too serious for idle entertainment and far too deadly earnest to waste energy on fake news.

And although a poem can be elaborately tuned, poetry remains naked communication— simple, honest and direct.

Poetry has few ulterior motivations. It sells nothing and is paid less.

Then there is the sense of what the novelist E.L. Doctorow called bearing witness to a magnitude. Our poems are the Rorschach prints of our age. We write the news about the news, in synesthesiac detail.

Finally, there is great economy in the news brought by poetry. News is a gift brought back from the Otherworld, it is the knowledge that is hard to attain. This is news the world can use.

So let’s write about the news. What is the news that poetry brings to the world? When did some news suddenly change your world, and how?  What is it like to live in a news-saturated world? How is our sense of reality changing with the silos that have formed with such different ways of seeing things? How to bridge that gap between knowledge and action?

And what about the soul’s, the heart’s news? Do things we learn from inner sources differ than news of the world? Is there such a thing as a glut of soul news?

What about news we get from afar – the Otherworld, the hearts of our beloveds, the dead?

And in this time when national news is breaking by the seeming hour, what is the news of the tribe’s enduring and seasoning and becoming?

Be fleet and supple as our tuletary news god Hermes, god of wit, schemes and secret intelligence, of cunning and roads and dreams. What are our invisible and eternal wires trilling?

Write about that news in a poem and link to it here. Then go witness the news of your fellow contributors. 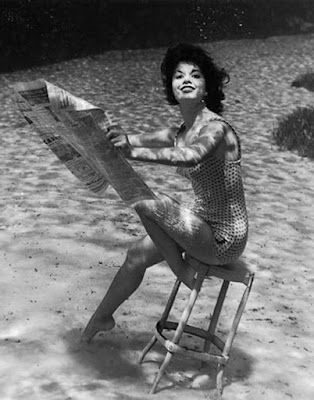 This one is a great one.. I will need to see about it... poetry has a big place in news (about news I mean)... here in Sweden many newspapers still have comments on news set in verse.

My calendar said in a note under the date that today.is Armed Forces Day (U.S.) so I put my flag out to fly. Back in the dark ages I got out after spending five years in the U.S. Army.

Hoping this doesn't turn into a patriarchal moshpit ... gals, what's the news? (Dudes who talk about the news, that probably isn't ... Next time, maybe the weather.)

Alright. Now you've got a semi-girl in the mix. ~Not at all what you're looking for, but it's how my head works.

Great prompt Brendan, and your words have much wisdom.
I don;t know whether what I wrote of is what you are looking for too - but it was the first thing that sprang to mind.
Anna :o]

Lafayette, I am here, bringing the flipside along with hyperCRITICAL. Got to balance that mosh pit!

Oops, and the ever changing jericho.

In solidarity with the sisterhood of the scriveners, I also join in. Will read later as on the run atm.

Haha, the masculine mosh pit! I am just getting to read this news... (lots of female trouble over here right now)... great prompt, Brendan. I shall endeavor to toss my words in the pit later today.

Thanks all -- the sibyls can always be counted on to dispense with the phallic preliminaries with a collective Macarena. We are not worthy! Great news afoot for all, at least in the meters of the Garden ...

Great challenge...not sure how newsy mine is.

It was a wonderful prompt. I read Shay's poem and was nudged to write. Not terribly newsy... these days, the news is terrible.

A bit late posting and it will take me a few days to read and comment but I will! Thanks for the challenge - I skirted the challenge a bit as I really don't want to be "political"... but I will read everyone's and bite my tongue :)