I am very happy to bring you the third part of our on-going series on the writing of Japanese Tanka poetry, by Dr Hisashi Nakamura. If you are new to this feature, or would like to refresh your memory, follow the links to Part 1 and Part 2.  We continue with Dr Nakamura's explanation of how he came to write tanka in English. 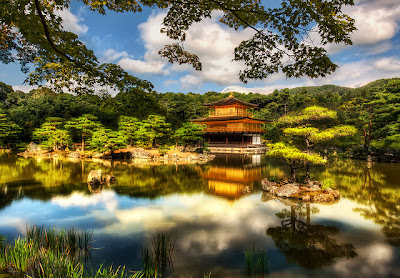 Encountering the lack of good English translations (of original Japanese), I tried to translate about 100 classical tanka myself. However, I came to the conclusion that it would be impossible to convey the meaning and the beauty of tanka properly without providing detailed notes because of differences in the natural environment, culture, religion and society as well as the fundamental differences in the way the two languages work. This realisation led to the presumptuous idea that I might be able to convey the beauty of tanka if I produced tanka in English by observing the modern world from the perspective of the realm of classical tanka poetry!

Dr Nakamura has identified 7 main characteristics of classical tanka. Points 1-4 have been discussed in our previous posts, and we will focus on the remaining points in this post. 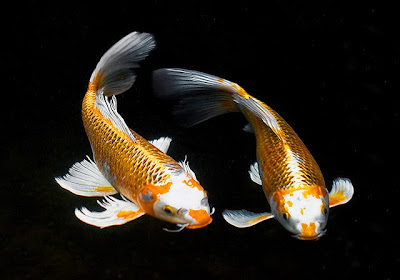 A good tanka has a clear and often simple image without ambiguity but it gives readers suggestiveness beyond the described image itself. Fujiwara no Shunzei sent the following tanka to a lady.

In unbearable longing
I look at the sky
Over your dwelling.
The spring rain falls,
Sifted through the haze.

Fujiwara no Yoshitsune composed the following tanka in 1201. He was an aristocrat and occupied the highest political position in the government before the samurai established a military government (the Kamakura Shogun Government) in 1192. He experienced an epoch in which political power shifted from the aristocrats to the samurai. Fuwa Barrier had once been one of the major check-points to control the movement of people and it was a manifestation of the ruling power.

No one lives
Under the wooden eaves
Of Fuwa Barrier.
In ruins now:
Only the autumn wind.


In general tanka poems have an atmosphere of stillness. Some poets even find silence in the roaring sound of a waterfall. The tanka below was written in 736 by a member of a diplomatic envoy sent to Silla, one of three kingdoms on the now Korean Peninsula.

While I was thinking
That we were the only ones who were rowing
A boat at this time of night,
From afar in the offing
Comes the squeak of a rudder.

Even a passionate tanka by Princess Shikishi (1149-1201) written about her hidden love has stillness in its atmosphere. The example below was written at a time when it was believed that a cord tied the soul to its body. Therefore, “cord of my soul” in effect means life itself since the separation of the soul and body means death. The speaker has been trying to keep her love completely to herself and even her loved one may not be aware of her passion towards him. She must be in a situation in which she recognises that a relationship with him would be morally or socially unacceptable.

Cord of my soul!
If you must break, break now.
For if I live on
My power to keep this hidden
May not endure.


7 All Ranks of Society

Tanka were written by all ranks of society and all kinds of people from an early stage. Manyoshu, compiled in the 8th century, includes tanka by an incredibly wide range of people: men, women, imperial family members, civil servants, monks, farmers, conscripts and entertainers. The tanka below was written by the wife of a drafted “Frontier Guard” who was conscripted to defend the southern coasts of Japan in the mid-8th century.

“Whose husband is going
As a Frontier Guard?”
Someone asks without a care.
How I envy her!

The world of tanka poetry is a rare one in Japanese culture, where men and women were treated according to the merit of their work. In Manyoshu, for example, we find many women poets who candidly expressed their love. Lady Otomo of Sakanoue was one of them.

How it crushes the heart -
A love not known to the beloved,
Like a star lily
That blooms among thick grasses
In the summer field. 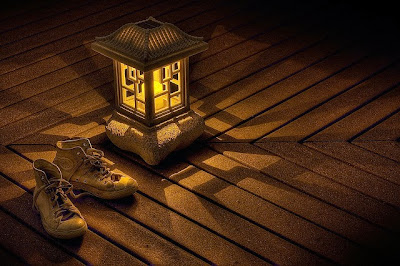 Please note: All translations that appear in this post are the copyright of Dr Hisashi Nakamura, and are used with his permission on The Imaginary Garden With Real Toads.

Our Challenge today, is to explore the tanka form as it has been presented to us here. There is no limit to the number of tanka you may write and post to this link. I would also encourage discussion between participants and critical commentary in an environment which respects both the writers and the genre.

Next month, Dr Nakamura will share the first part of his guidelines to writing tanka in English and this feature will conclude in January with the second part of this personal approach to the art of Japanese poetry which he has so generously shared on Real Toads.

Kerry, Delighted to be picking up the tanka form again for this mini-challenge. Would you be willing to provide a summary of the seven principles we have so far? Yes, I am that lazy! If I remember right, the principles are more important than line and syllable count. Well, OK, I will go to the earlier prompts to see.

Here I am again with an attempt. Help me improve it, Miss Kerry.

Thank you for the ongoing series on Tanka form Kerry ~ I will immerse myself again in beauty, power and stillness of the words ~

Always such a pleasure to read Dr. Hisashi Nakamura's insight into tanka and his translations, too. Thank you, and to you as well Kerry for this wonderfully inspiring post!!

Thank you Kerry and Dr. Hisashi Nakamura!! I'm off to gather stillness.

tanka is one of my favorite poetry forms though i know i don't write it correctly.

love this series ~ thank you Kerry and Dr. Nakamura.

i love this series so much, Kerry. it feels like such a lovely prize to be able to read Dr. Nakamura's words and be inspired to work on this craft. tanka is no easy thing to write but can be so powerful and affecting. thanks again to you for prioritizing this.

So much thought, so few words. It is challenging and intriguing. I will be posting here late and will probably share next Monday as my in laws are visiting for a few days. I will review and ponder as I do admire good old fashioned tanka and I really so want to try to understand it. Thank you

Wonderful, Kerry. I always look forward to this series. Thank you both for another inspiring prompt :)

Thank you for all your warm comments.

I don't know if I could ever feel like I had mastered the art of tanka writing - I am in total awe of the "Cord of my soul" tanka. How I wish I could capture so much emotion in so few lines. However, I shall keep trying.

Susan, in regards to your request for a summary of all 7 points: I will include them in the next feature, before we allow Dr Nakamura to take us through the steps of writing tanka for the modern audience.

Thank you, Kerry, for answering my plea and your comment on my tanka.

Hi Kerry, I struggled a bit. I have a sinus headache, but went with the direction my mind was going in. I like what I captured~ Thank you to you and Dr. Nakamura for sharing this gorgeous form with us.

Another attempt! I think these are better~ Now, back to tea ;D

Hi Kerry--these are such cool articles. The whole process is terribly difficult for me. I have been hiking around a lot this weekend however and what might be a tanka came to me and was short enough ai could jot down on my phone. At any rate, i will enjoy revisiting these articles. i am right now typing without glasses so sorry for typos. k. (Manicddaily)

Thank you Kerry for once more reminding us of tanka. They are so addicting though.
Will be back tomorrow to read and comment, it's way too late here now.

So fond of this tanka series Kerry. It seems easy, but writing anything of quality is much harder.

I had never heard of a tanka. Will have to read up on this form - sounds interesting.