Turns of the Tale: Poetic Surprise 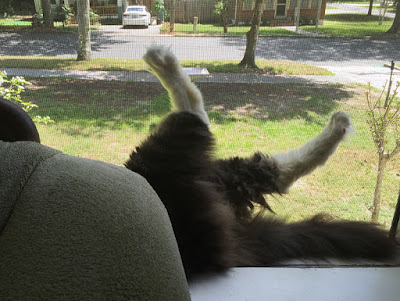 To begin with, this poem by Jack Gilbert:

HARM AND BOON IN THE MEETINGS

We think the fire eats the wood.
We are wrong. The wood reaches out
to the flame. The fire licks at
what the wood harbors, and the wood
gives itself away to that intimacy,
the manner in which we and the world
meet each new day. Harm and boon
in the meetings. As heart meets what
is not heart, the way the spirit
encounters the flesh and the mouth meets
the foreignness in another mouth. We stand
looking at the ruin of our garden
in the early dark of November, hearing crows
go over while the first snow shines coldly
everywhere. Grief makes the heart
apparent as much as sudden happiness can.

This was a hugely inspirational poem for me when I first read it back in 1995, as revelatory as Rilke’s “you must change your life” in “Archaic Bust of Apollo” (which Karin so wonderfully engaged with in her In The Remains of This Month challenge).  The unexpected in Gilbert's poem is in the word “apparent” -- the surprise of shining the wrong light and finding the same thing. Harm and boon in the meetings: the revelation changes not only the poetry but the poetic. 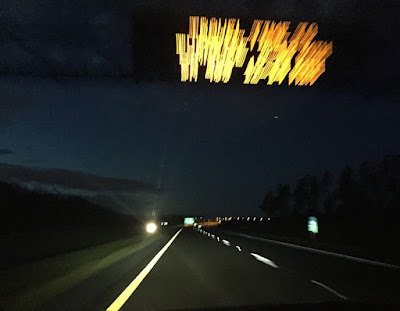 I read Thomas Pynchon before Ranier Maria Rilke; Gravity’s Rainbow before New Poems. Pynchon’s grand novel of the dead got me through a long hiatus in the underworld; Robert Bly's hamhanded translation of Rilke's "Archaic Torso of Apollo" appeared before my eyes when I was first sobering up.

A few years later when I read Rilke’s Duino Elegies and the Sonnets to Orpheus (in Stephen Mitchell’s much more supple translation) I found both Pynchon’s deepest inspiration for Gravity’s Rainbow and what Gilbert would discover in “Harm and Boon In the Meetings”:

… But if the endlessly dead awakened a symbol in us,
perhaps they would point to the catkins hanging from the bare
branches of the hazel-trees, or
would evoke the raindrops that fall onto the dark earth in springtime--

And we, who have always thought
of happiness rising, would feel
the emotion that almost overwhelms us
when a happy thing falls.

There is a strange merriment in Russian ICBMs falling toward the roof of the Orpheus Theater in LA at the end of Pynchon’s 1974 novel; and there’s a surprising contour to the heart which can only be found by finding love suddenly and then losing it slowly—lessons Jack Gilbert learned when his second wife died of cancer. 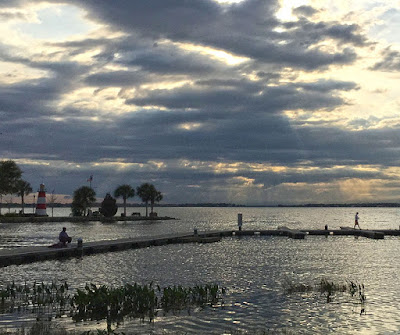 The only way we can discover those things is by turning prior things over.

For poets, this means a willingness to let surprise compromise our work. You never know what you’ll find looking at things the other way.  A useful tool in vatic box is the trope. The critic Richard Poirier loved Emerson for his ability to challenge established notions with the radical view through his tropes:

The turning or troping of words is in itself an act of power over meanings already in place; it distorts "verbal solutions," which are thus shown not to be solutions at all. In that sense one could argue ... that a turn or a trope is in itself a "verbal solution." It promises after all to save us from being caught or fixed in a meaning or in that state of conformity which Emerson famously loathed. (Emersonian Reflections, 1987)

A examples from Emerson show how tropes discover new meanings:

A religious poet once told me that he admired his poems, not because he wrote them, but because he did not. (“Character”)

Wisdom consists in keeping the soul liquid. There must be the Abyss, Nyx, and Chaos, out of which all things come, and they must never be far off. Cut off the connection between any of your works and this dread origin, and the work is shallow and unsatisfying. (Journal, 1942)

Precisely in proportion to the depth of mind from which it issued, so high does it soar, so long does it sing. (“The American Scholar”) 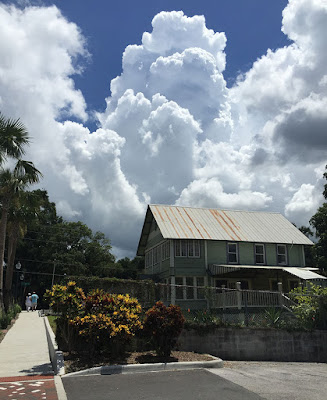 Discover something new by revisiting a favorite theme of yours from a different perspective.

Maybe a story told in reverse has a different meaning than the gospel version.

Maybe a favored poet has too great of an influence, and ripping off the mask means writing on rails far away from the grooved track in your ear.


Maybe the heart’s true depth can only be found in grief—or maybe there's a room after grief where the dust of everything else allows breath to become air in heart everywhere. Who knows?

Whatever the case, find a new way to write about something—in conceit or stylistics or mood or person or persona. Flip the mask around and upside and down and try talking of the gods the other way.

Surprise us, but more importantly surprise yourself. You never know when you will desperately need to change your life next, and having the poetic chops to do so may get the work off on the right foot.

Chop chop! Git outta here! There’s work to do, and more work reading through all the new worlds we’ll find here! Last one in the pond's a rubber duck! 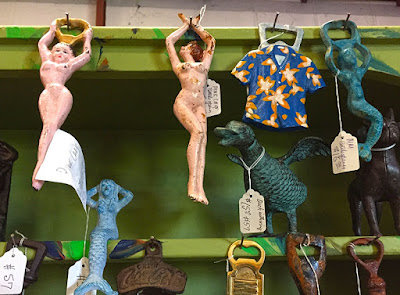 Imagined By Brendan at 2:00 AM
Email ThisBlogThis!Share to TwitterShare to FacebookShare to Pinterest
Labels: Oran's Well, Poems in April

If someone could add the Linky for Brendan, that would be great. I can only do it at 8 am CST, when I get back from work on my side of the world.

B, this opened up some powerful emotions. Thanks. And cheers.

Thanks Michael for the save, I woke up remembering I'd forgotten to add the link. Sorry to all for the moronics, looking forward to to reading everyone's stuff -

Oh I do love this challenge. This might have been a technique I have used before without having a name to it. Often it has come out when using antithesis in my writing... Like Dickens' words from the tales of two cities.

Ok I posted something... I hope it meets the challenge... will be back later to read.

My poem has some twists and turns. I hope there is surprise. A challenging challenge.

A prompt which is a true challenge, and one that gets to the bottom of the toybox and dumps everything out till perhaps we find the possibilities of the box itself a toy--will see what I can do, Brendan. Thanks for the time and thought you put into this one.

Well, this became surprisingly unserious for me, but I'm going with it and hope it qualifies. I am behind on my visiting from yesterday but hope to catch up today or tomorrow--looking forward to seeing what everyone has done.

Thank you for the challenge, Brendan...this did cause me to see something in a new light. :)

Not sure if I even came close, Brendan.

Wow, Brendan, what a lot of effort you've put into this challenge. I'm not sure I can meet it, requires quite a bit of thought,,,

Couldn't come up with anything.. sigh.. this one's way out of my league.

I was reading the page without knowing who had prompted, and kept saying to myself, Wow! this is really interesting stuff. Then i got to the last few lines an really smiled wide wide
Thanks Brendan for such interesting stuff and for makine me smile

Good Monday to all. I had a doctor's checkup, this morning, a nice long nap after, a very very late breakfast. Now to settle down to some writing

swell one Brendan. my trope is on swell

Great prompt! I am not sure if this is what you wanted. I'm writing and posting from my cell phone. Whew, what a challenge.

Poets, I am STUMPED. BLOCKED. I can't write. Damn. I need inspiration or someone give me a prompt for this prompt lol
a distraught woman, Amy

Nevermind I got it! Thanks to inspiration from Susie Clevenger's poem!

Love this prompt. Thank you, Brendan!

This is a wonderful prompt, Brendan, and I struggled with it, trying to turn around the poem I wrote this morning, as I am an eternally hopeful person, God knows why, given my her-story. LOL. I am late making the rounds as was busy with grandkids today...Diving in soon!

After so many April poems, I've cracked. Only upside-down nonsense now.

I'm just throwing this out there because I've been thinking about it and I think it'd be great. What if active people here created a Facebook private group so we can keep the conversation going? and share tidbits? I think that would be a lot of fun.
Anyone?

@amy we have had a FB group in the past, but it seemed to die on the vine. Please feel free to follow those of us out there individually though--I will send you a friend request.