Hello all, today I wanted you to inspire you again with a bit with Physics.

Or maybe scare you… he he.

For those that remember we did cover the theory of special relativity a while ago, and we had some cool poems on its consequences and the concept of space time. Today I want to mention the general theory of relativity.

From his early successes Einstein continued to develop his theory of general relativity where he tried to add the concept of gravity.

The theory up till this point had been proposed by Newton and could actually explain everything we can observe. It can predict satellites, postulate the presence of undiscovered planets, worked well with missiles and ballistics. So, Einstein’s struggles with the very complicated math involved was to start with more a cool exercise of combining all theories into one. So to start with it was more a set of equations with some pretty cool predictions that wasn’t possible to verify until way later.

One of these predictions was that gravity could be seen as curvature of space-time. If this sounds wacky this what I thought at first too. But effects of this curvature has been seen.

This has been seen as an effect when light from a faraway start passes close to a massive object such as black hole (yes that is strange too) it will bend from its straightest path. 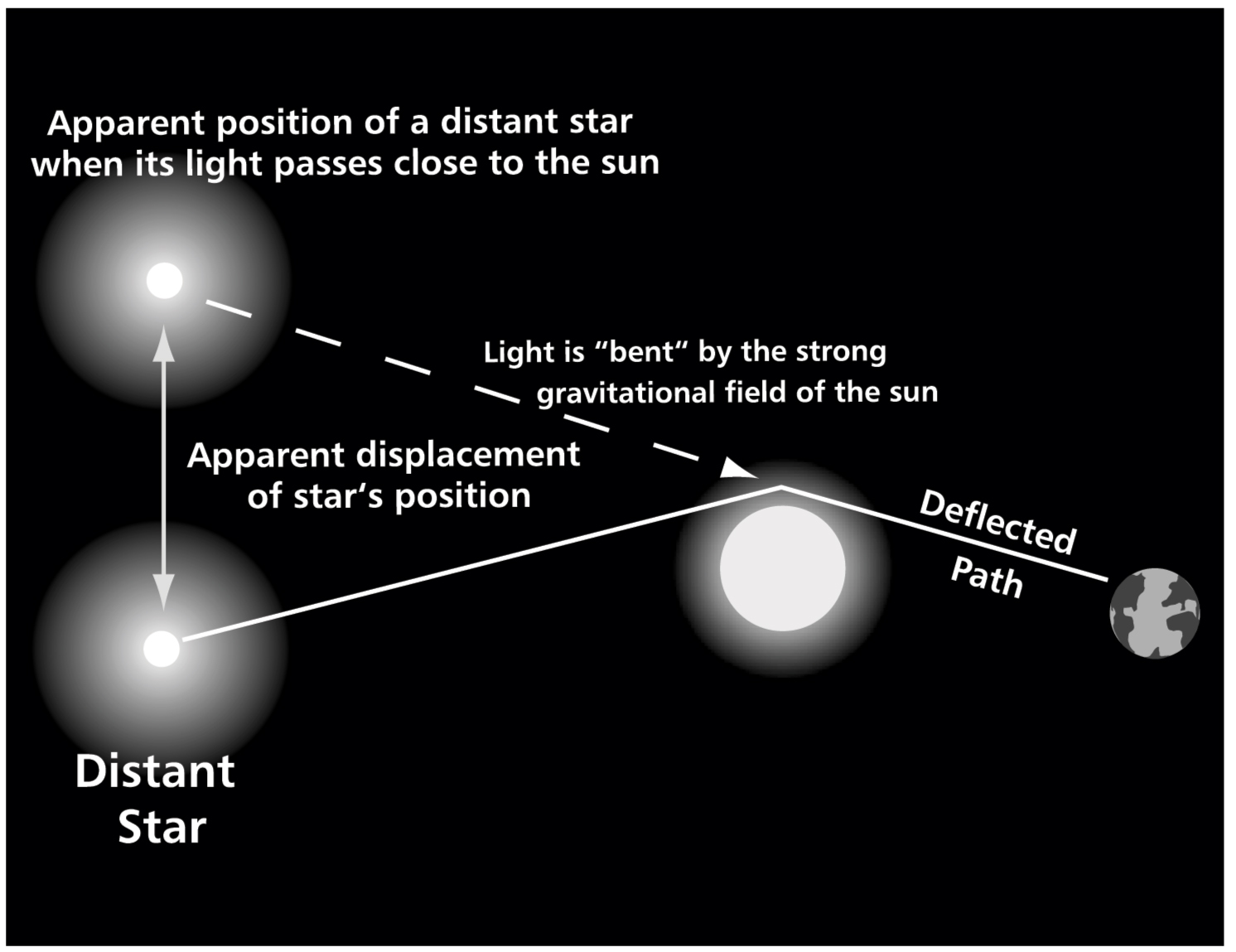 So today I would like you to think of things like black holes, space-time curvature and gravity, and come up with a new poem that have at least some connection to the theme.

I love the way space, time and light travel blows my mind just a little in the knowledge I know next to nothing about how things work!

"Light has no mass." As in Catholic mass. I like that thought. Maybe Shay will flesh it out. Where does Light go on her Saturday nights, if not to mass?

Thanks for the cool prompt. I live astrophysics and astronomy

I will get back to this... I find my own challenges a bit challenging...

Lol...am I the only one that has posted?

Thanks for this prompt Bjorn. Posted my response to this challenging topic.

A great prompt Björn! Always a good reminder to know how the earth works.

This prompt blew my mind, especially after spending some of yesterday with my grandson! I'm still a bit tired from the long trip in the car, so my poem is a short curvy one.

Seriously, I'm too stupid for this challenge. But will read and comment! Thanks for the challenge though - if I can come up with something I will but ... you scared me :)

@Margaret... there is nothing that is stupid about not understanding it... but just taking a few words works excellently..

Bjorn- sorry I'm late to the party! it was a celebration weekend- our 22nd anniversary on Friday and today is my birthday! Great prompt- Thank you!

Writing late at night AND late to the challenge. I'll swing around with coffee in the morning and read and comment here. (I wrote a lot of bombs, and this is the best of the lot :)