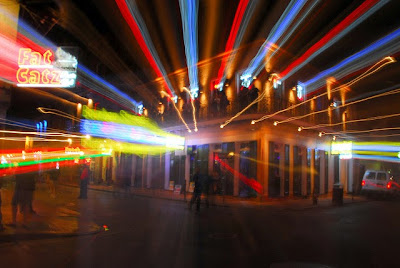 Way back in 2013 The Garden was different than it is today.  The garden was a bar a grill on Bourbon Street, decorated in rich wood and red leather it looked and felt like a cross between a wine bar, an Irish pub, and a brothel. The patrons of the Garden were still called toads, not toads like we think of ourselves today, but toads of the low and slimy variety, artists that everyone who wasn't a toad loathed because they were sure these "artists" had never worked a day in their lives, writing down their "emotions," painting pictures of idealistic nonsense and crafting a second rate reality form the scraps that other "decent people gave them."

The proprietor of the Garden was a lovely woman whose name escapes me, but she was from South Africa, she moved to New Orleans after a herd of wild rhino's flattened her house. Her family blamed her because she was always feeding the stray Rhino's.  The garden was her fresh attempt at her own second rate reality. On this day, she was sitting at the long ornate garden bar, sipping a glass of dandelion wine chatting up the hot bartender, and working on what would one day be heralded as the perfect poem. She was one line from finishing it and already quite buzzed from the wine and the muscular arms that busied themselves in front of her.

The other toads were lounging, talking, writing and fighting at various tables and booths around the Garden, the trash talk was always a bit uncomfortable and was laced with more than just a bit of truth.  Hedge was planting some Night Blooming Freesias in a pot at a corner table and trying to avoid eye contact with Herotomost.  She found him loathsome and boring and a bit pudgy for her liking.  An arrogant bastard with a penchant for the drink. Lola Mouse, Grace (looking up hot pictures for her hot posts) and Margaret were in the corner trying to help Kay come up with a word that rhymes with bastard, while Susie, Kim and Ella played groupies to Shay as she strummed her Martin D28 and began to play every Emmy Lou Harris song she could muster. The fact that Susie was in nothing but a tube top, hot pants and six inch wedges surprised no one as she rarely wore any clothes at all while in the garden. 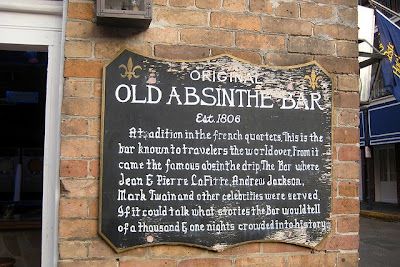 Mama Zen sat alone in a corner of the room fashioning voo doo dolls of some of the toads, the ones that made flippant comments on her writing and the ones that just annoyed her in general would be the first to feel the curse of the Z....she laughed to herself and sipped at her Absinthe. Sherry, Amy, Latonya and Peggy were drawing pictures for ideas that they had for tattoos that Hannah was going to tattoo on them that evening.  Every one had a good idea for a tattoo except Sherry who insisted that she wanted a full back piece that involved two fat naked Sumo Wrestlers brandishing light sabers and eating fried chicken.

At 3:30 a door on the mezzanine opened and out flowed Izy, and when I say flowed, I mean flowed.  Draped in white chiffon and lace, one of those longish cigarette holders in one hand and a Chocolate martini in the other, "dessert in a glass," she would always say....and she had dessert a lot. Izy leaned over the railing and screamed that all the toads where fakes and posers, "and further more, you pathetic excuses for artists, I want to inform you all," just then the lights went out, Herotomost screamed like a little girl. When they came back on, the only thing that was different, was that the chic from South Africa had her head on the bar, she was sobbing. Marian rushed to see what was wrong, and to ask her when she was going to finish her damn book, when she saw it.  On the bar top was a news release announcing the Pulitzer Prize for Poetry had been awarded to a poet by the name of Filthy Frog.  The problem was that the poem was the one that South Africa had just finished with the exception of the last line........which really didn't fit. 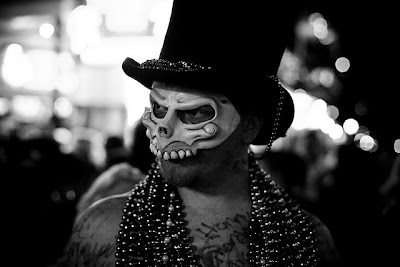 Today fair toads (and I know you all are not the low and slimy kind), your challenge is to write a poem, story, alliteration, single word, song, rant, affidavit or so forth telling us which toad was the poem thief and what the missing last line was that didn't quite fit.

I have to let you know that all of the characters in this story (if you can call it that) are purely fictional (except Susie and her tube top) and any similarities are coincidence only.

Yours truly....with no discernible emotional content in this one...

P.S. Headed to New Orleans til' next Thursday, but will have my I pad with me so I can review your wonderful work.  But, be patient as I might have a cocktail or two while I am there.  Have a great week and Thanks!!!

Corey, you are so BAD. If I could come up with a word that rhymes with bastard, I'd call you it, but my team is still working on it.
O well, we must find out who stole Kerry's Pulitzer-winning poem and had HIS name put on it instead of hers.
I'll get right on it.
K
PS, Give my love to Basin Street. There used to be a bar named Frenchy's where the trumpet player would play Sugar Blues every time I came in. He wasn't quite Clyde McCoy but he was very good.

I can help you out Kay! Mastered, plastered, and backwards, answered, hazard, and my favorite word almost does ... alabaster.

And for the record, I have never made ONE SLY comment on Mama Zen's blog - in fact I praise her unduly.

AND ... Fireblossom, I like Emmy Lou Harris and all, but I need some testosterone in my garden ie: Toby Keith, Jake Own, Dierks Bentley, Rascal Flats and the oldie but goodie, Alabama!

Hey Grace - maybe we can find some nude photos of

and Susan - I am a bit of a conservative toad... I don't want nudity unless it is everyone skinny dipping on a hot summer day:)

and Grace - Luke Bryan has a nice smile ... might want to see if he has potential (click HERE for photo)

Love this Clue-like mystery... and Herotomost - I think you've already been sippin' on those cocktails!

It's all part of my plan to throw Marian off the trail of my perpetually impending book!

This made my morning! I'm still thinking about a word for you, Kay. How about "last word?" I'll be away for the weekend but will be giving this one my attention!

Ha...thats the spirit you girls make me smile on a daily basis..

From my position
outside the door,
I can see Kerry
and little more
but I wonder
how much she wanted
that prize? Enough
to create (undaunted)
a USA disguise?
Of that, I doubt it
she's more the kind
to spin her wit
with no gain in mind ...

hahahah, get to work Kerry!!
why are we just sitting around? let's DANCE!
Corey, be sure to see Steve LaFleur & MAMOU while you are there: http://www.reverbnation.com/stevelafleur

I am A-PALLED to be cast as someone who might find my dear Corey loathesome! Pudgy, fond of the odd recreational beverage, perhaps, but hey--that don't make you bad---and btw, a$$!@#, there's no such thing as night-blooming freesias--still I will endure the slight in the interests of literary fancy and the need for some sort of malevolence in a mystery.

Obviously, I am the Most Likely Suspect, because I can read someone else's lines and then forget instantly where I read them, but I don't think my senility would allow me to get away with anything besides the wrong set of car keys.

Besides, it's always the Least Likely Suspect--which would be Sherry, because we all know she would be getting a simple tattoo of hearts and dogs, so there goes her alibi. ;_)

Loved this Corey--and consider this my response. Have a great time in N'awlins--you are my absolute *favorite* pudgy little lush. :P

Haaaa...Susan, that little diddy is spot on. Hedge...I have been going to the gym like a fiend so that I can just be a lush...lol. I got the Night Blooming Freesias from Boo Ya Moon...Lisey's story (Stephen King)how was I to know that was a load of horse crap. I do love your green thumb and show those pictures you post on facebook to my wife..she loves them. In addition, that post you had last night about the parking and dog crap and voting was hysterical....

Corey, what a post, ha..ha....
I actually think you want us to find a hottie picture for you ~

Margaret, he does have a cute smile ~

Ha! That was fun! Kind of weird/freaky that my name is printed on the chest of that creepy guy in the last image!! :O

One of those Fridays when comments are as entertaining as posts! Loving this challenge ...

@Corey--I was just speaking in my character as the sinister villain of the piece. I think you are perfectly hot as is, and why bother with the gym when you can do all those 16 ounce curls?? :P

And since the Freesias you're referring to come from the Master, I'm sure they do bloom at night--a lot of things bloom at night for King. Have a great trip, and thanks for the amusement.

Now I have to go sit down and listen to Shay sing Emmy Lou Harris songs.It's dollars to doughnuts she doesn't run out before you get back in town.

This is HILARIOUS. I laughed out loud at the chicken eating Sumo wrestlers, but Hedge is right - I'm hearts and dogs all the way. This post and the comments are so much fun. Not sure if I can come up with anything ludicrous enough to suit, but will give it a whirl! You Toads are so ..... ummm..... unique? It's why I love you all!

our prompts this week have certainly inspired some weird-ass shit. i mean, speaking for myself, anyway. ahem.

Sorry for all my "exposure"...I simply can't stand the heat..I am all about being comfortable. Seems mighty suspicious Herotomosts conveniently heads for The Big Easy and a poem is missing.

I am typing on my phone so any typos shouldn't be misconstrued as clues...blame it on the margaritas...

Marian, your post is spot-on. Like, spot-on-a-frog spot-on. And immediately makes moot my lame accusation against same, which mercifully I've now deleted. Why cudgel when your scalpel is so much better?

Corey, methinks thou dost protest too much.

I love it-the charms of a bar and some lounging lizard like toads-tee,hee! Off to pour me a glass of wine-the Tylenol buzz didn't work on my lingering head trauma. Sure wish I could hear Shay play us a tune!
MZ I'll help you with the voo doo dolls ;D Susie I love your heele!
Sherry I am now craving Fried chicken...
Kerry cheers up! ;D

Corey have a great time! I'd like to buy a round of what Corey is drinking-do tell!

Mine, if I can come up with something, will be posted on Saturday and I don't want to read anyone's until after post. Can't wait to see the responses.

This is hilarious. I love it!

I love you toads, have a great weekend, mine is off to a rarified start!

I'm buying Mama Zen's confession. I mean, I've seen how she edits. Here's her edited versions of other stuff:

Gettysburg Address: "Nothing to see here, move on."

MLK's I Have A Dream speech: "Less suckage would be cool."

FDR's Infamy address to Congress: "Jap bastards bombed us. I ain't havin' it."

My Irish eyes are smiling ;D
Thanks Corey!

Shay.... That is hilarious. And Ella headed to check it out now!!!!