A Toads Favo(u)rite.....Emperor of Ice Cream


Hey Toads....Herotomost fresh off a three day Ensenada cruise, a little worse for the wear but alive and intact. I have been told that it is my turn to post a favorite poem for our Toads Favo(u)rite Poem feature and as most of you know, this one is probably a little harder for me than most. I really didn't start reading anything until I was probably 14 or 15 and then it was mostly sci-fi and horror books with the occasional "Incredible Journey" or "My Side of the Mountain" thrown in.  Heck, in school I wasn't required to read any book until my Junior year (To Kill a Mockingbird), and it was the only book that I was required to read in school.  So to say the least, my exposure to poetry was  somewhat underwhelming and what poetry I did come across was many times an introduction to a book or a chapter of a book, and when put into that kind of context, some of the poems I read were fantastic and probably didn't mean at all what I thought they did. They were always hooked to feelings and emotions that I was having while reading the book. It wasn't until watching Dead Poet's Society that I picked up my first real poetry book which was Uncle Walts, Leaves of Grass and a Dylan Thomas book, which one I couldn't tell you.

I first read the poem I have chosen in Stephen Kings Salem's lot, he uses alot of quotes, poems and lyrics to introduce chapters or sections of books and I can remember this poem better than I can remember the rest of the book.  It was because of how it made me feel when I read it.  I have since looked it up, read a plethora of explanations and analyses of what it is supposed to mean and many of those ideas contradict each other heavily. So I am not going to give you my take on it, I am not going to analyze it to death, because you know by the way that I comment on all of your poems that most of the time I feel how your words punch me in the gut, or massage my shoulders, or kiss me full and wet on the mouth.  I don't care if I get the total meaning wrong, I only care that the words reminded me of something that I have experienced, and I like the feeling of a shared experince especially with someone that I have never met before.  It makes me think that the world does work the right way alot of the time and that people understand each other at the most basic of levels.


OK enough or Kerry gonna say something like...."Ackkkkk...enough with the feelings already!!!!" lol. Here it is....

The Emperor of Ice-Cream

Call the roller of big cigars,
The muscular one, and bid him whip
In kitchen cups concupiscent curds.
Let the wenches dawdle in such dress
As they are used to wear, and let the boys
Bring flowers in last month's newspapers.
Let be be finale of seem.
The only emperor is the emperor of ice-cream. 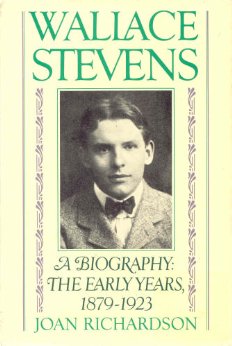 An Ensenada cruise, did you? Did you go down to the Bufadora where the take-out restaurant near the bus parking makes the best fish tacos ever?
If you didn't, you missed the best fish tacos on the west coast of Baja.
The Emperor of Ice Cream would be good to have around after those fish tacos, too, Corey.
Some kinda yummmm.
K

Although I've read this poem previously, I really took a close look at it today. It's much more complex than it first appears and leaves the reader with something to think about. Thank you for posting it!

I'm a poetry ignoramus. I can never work out the deep meanings but I do appreciate how poets work with words. I like the way this poet uses words.

Awww! But this is why I love you, dear Crowley! Because you can pick one poem out of the ether, and here on the other side of the world, though I've never met you, I surely know you. The Emperor of Ice Cream is a favourite of mine too, precisely because it taps into my living experience, and reminds me of the day when the poem became meaningful to me.

I remember how this was used in Salem's Lot. I still find it chilling.

This is new to me! Yay! it seems to be a funeral, but not one that has much impact on the attendees. Poor cold and silent lady! I hope she supped with the emperor a lot and lived to a ripe old age! Is it totally absurd that this exquisitely detailed poem reminds me of Gwendolyn Brooks "We Real Cool"?

oh what a great peek into your brain, Babyluv. thank you! purely awesome, love it.

I too get chilled reading it and trying to figure out the underlining seams! I get why you chose it-how it made you feel-it haunts! I love how you told us how poetry became present in your world-it truly is a gift, as is your view!

Corey, I hadn't read this poem before. Thanks for introducing me to it. As always I am fascinated about how you think.

Though I tend to like poets with a more serious tone, he was one of America's best and I don't mind that he's a bit silly at times.
+followed

Corey, thanks for introducing me to his work ~ And also sharing your journey of poetry with us ~ Enjoy your week/end ~

Well, this is a poet and a poem I have never heard of - The first stanza makes me smile a bit - not exactly a party, but a celebration of sorts ... the second makes me reflect a bit more, as she is dead ... with a sheet she embroidered, but is not long enough. What does it mean? Of course the last line is key, but I have NO idea. Ice cream only survives in a freezer, and to be enjoyed it must melt a bit and be eaten... ha ha. I have NO idea. But it is intriguing. :) (babble babble - I often get poetry "wrong" all the time, I'm sure)

I enjoyed your background and how you have come to be here, writing and reading poetry :)

If I'd seen this earlier, Corey I would have been all over it. I think it's one of his hardest poems to analyse, and with Stevens, that's saying a lot, so I, like you, won't even try. (Just, all the good sweet things seem to melt away to sticky puddles when you over-exalt them and let them be ruler...or, otoh, maybe that's the only ruler that we need..)Thanks for posting my very favorite poet.

I've never read King - horror isn't my thing (not to mimic Pat here) but now I'm curious about this book and how the poem relates. Also haven't read much of Stevens so a perfect opportunity to browse. Cheers ~ M