Friends, today here in the Imaginary Garden, we are taking inspiration from real-life rock heroes THE STONE COYOTES. 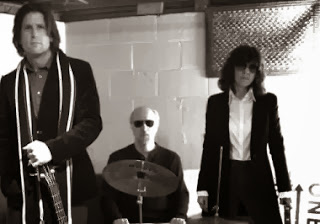 Here’s a concise history of the Stone Coyotes from their website:

Barbara Keith began her career at the Café Wha? in Greenwich Village, following in the footsteps of Bob Dylan, Jimi Hendrix, Bill Cosby and many others who got their start in that hallowed dive. She was soon recording for MGM/Verve, A&M, and Warner Brothers. Her songs have been covered by such diverse artists as Tanya Tucker, Barbra Streisand, The Dillards, Melanie, Hank Snow, Lowell George--and now Patty Loveless, who covered “The Bramble and the Rose” on her Mountain Soul II album. Her husband Doug Tibbles had a whole other life before drumming. A native of Los Angeles, he was a TV writer for such shows as The Munsters, Bewitched, Andy Griffith, My Three Sons, Family Affair, and many more. Unhappy with show business in general, Barbara gave back her major label advance, Doug quit his one-day-old job as story editor for Happy Days, and they went underground. Doug took up drums and son John took up bass at age eleven. Reclusive by choice, the band moved from L.A. to Western Massachusetts to write and woodshed. They began playing the occasional show while recording in their cellar. When best selling author Elmore Leonard (Get Shorty, Jackie Brown, Out of Sight) walked in the Troubadour in L.A. one night looking for inspiration for his sequel to Get Shorty, he discovered The Stone Coyotes. They became the model for Chili Palmer’s next adventure, Be Cool. Leonard said, “It was music I could understand… straight ahead rock and roll with a twang. And there are good stories going on in the songs.” He included their lyrics in the book and dedicated it to them. He and the band made a string of appearances together around the country with a Words and Music Tour--from New York’s Mercury Lounge to L.A.’s Viper Room. Recently the band's music has been heard in 8 episodes of Dog the Bounty Hunter. Their newest album is A Wild Bird Flying.

Texas women (Susie, I’m looking at you)? Though Stone Coyotes are from here in western Massachusetts, they are most popular in Texas, so let us know if you know them, and if not, GO SEE THEM. I’m excited to see them when they play here in a couple weeks. We plan to take our kids (as really, my goal is to get them all excited about the idea of becoming a touring family rock band like the Stone Coyotes--watch out, world!) 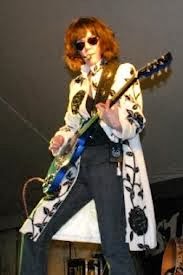 The song I’m highlighting for us to focus on today is an old one that Barbara Keith first recorded in 1972 and has been covered by many artists: “Detroit or Buffalo.” Though this performance is a bit more subdued--as usually Barbara plays electric guitar and the shows are strong rock shows (here’s a longer video of a whole show for those who are interested)--the mood and message of "Detroit or Buffalo" perseveres, and you can see why this song is so often played by others. Maybe some of you know this song. Enjoy!


You can hear the beautiful original recording from Barbara Keith’s 1972 record here, and the lyrics are here.

As an aside, I only recently learned that Barbara Keith wrote “The Bramble and the Rose,” a classic duet that I know from a recording by Mary McCaslin and Jim Ringer (listen here). This is another song that’s been covered by many artists and I bet some of you know it as well.

Okay, watch, listen, love, and write! I look forward to reading your (new, please) poems… meanwhile, I’ll be taking this train to the end of the line.

Imagined By Marian at 12:00 AM
Email ThisBlogThis!Share to TwitterShare to FacebookShare to Pinterest
Labels: Music with Marian

Margaret, another interesting prompt but not sure how to approach it- it occurred to me while listening that it would go over great in the open mikes but reading the YouTube notes it is a favored cover song. The same four chords throughout like my more complicated Animal Train with a chorus and reflections. How did I miss his group? It has a heartland quality with rock and modern elements and even that quality in the Mexican folk scene. Close to the earth and raw simpler values. Thanx for the heads up.

Thanks for bringing another great group to my consciousness! I just listened to Barbara Keith doing "All Along the Watchtower" from 1972. Gives a whole new twist to the song, which I had only heard before by Hendrix.

Watchtower? I think Dylan did that first... no, I won't write on about Jehosofat's Bystanders.

Thanks for another great musical challenge, Marian.

Well!! This urged something quite different than what I'd normally write! Thank you, Marian!! I'll be back to read taking the kiddo and pup to the park! :)

Hey, Marian. I love your music choices and had fun with this. Wrote the dVerse rondeau with one of the phrases from this song and now this sad but strong "Road Show." Thank you so much!

I love these musical challenges - but will have to try and submit this to Open Link Monday... day tripping to the mountains with a few of the kids :)

They have played several venues not far from where I live, but I haven' had the privilege of hearing them live yet. I love musical challenges!

At the end of the line reading the poets here I added another one at the same place... this was a learning experience, uplifting, it seems we all discover the morning (evening)star... also, all the debates with the physicists on the nature of dark and light matter lately in this creative time for me lately... Guess it is time to write a few songs now that that cosmic stuff is said enough awhile.

glad you all enjoyed the music prompt this week. always trying to keep us on our toes. :)

Thank you Marian! I couldn't hear them-my house was so loud! Music so inspires~ I am off to listen to more of their tunes-thanks again!

What a great post I missed out last week and just finished the weekend challenge by Grapes. Love this post (i may do it anyways)

Do it! Never too late.

I think for some reason I am blocked from posting on Kay's blog. I know it is unintentional, but I want to make sure she knows I always visit and read. So I am leaving a comment here for her.

A Great piece Kay...you did a poetic synopsis with perfection :)