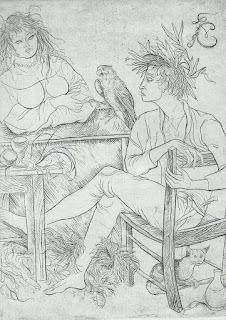 Imagined By Gillena Cox at 12:00 AM
Email ThisBlogThis!Share to TwitterShare to FacebookShare to Pinterest
Labels: blog hop, Caribbean, François Villon, international, Poems in April, poems in April 2018, Trinidad and Tobago

You have given us a lot to work with, Gillena. Thank you.

I will not be home on Monday, so I have written two more parts of my set of 'battlefield' poems. The quotes were perfect. I will be back late on Tuesday, with Part IV.

Thank you for your interest and participation Kerry. See you on Tuesday. Have a good weekend

Wow, Gillena, that's a challenge and a half! I think I've stuck to the guidelines. I definitely kept within the 100 word limit - my poem has fewer than half of that. I have never come across this a poet. He is strangely intriguing in his subject matter and you have to read his poems several times to get the gist. I hope I've distilled the quote into a digestible poem!

Thank you for participating Kim, going to read your poem

Followed all the rules or so I thought - sigh. My poem is a few words over 100. Thanks for the challenge.

Most challenging prompt, Gillena 💜 hopefully I did alright. Congratulations guys!! We made it halfway through NaPoWriMo!☕

Okay Margaret, thanks for your response, read and enjoyed your poem today

Can you believe it half-way there. Thank you for participating today Sanaa

Happy Sunday dear Toads. A most intriguing prompt. I will be back later today as I am cooking at our church today for a monthly dinner for the homeless. we rotate among several churches to provide a daily meal to the community - seniors, children, homeless, hungry - for free. Thank you for this huge (grin) prompt Gillena!

Oh, how I love Villon! (But hey, that's a very sanitised version of his biography, lol.) I am having computer probs, so will be a bit late writing, posting and reading, sorry.

Thanks to everyone for your responses. Hope it was a lot of fun.