Hello, Toads. This is hedgewitch, bringing you the second part of my chained rhyme mini-challenge. Actually, the word rhyme here is a bit of a misnomer, as today we are going to consider the larger subject of chained verse, exploring something called the Cascade.

You'll remember that last time we looked at the purest definition of chained rhyme, where the last syllable of one line rhymed with the first syllable of the next. I mentioned that many traditional poetic forms use a more complex definition, which is also known as interlocking, or chained verse. This is often defined broadly as per wikipedia: Chain[ed] rhyme [or verse] is the linking together of stanzas by carrying a rhyme over from one stanza to the next.

This simply means that you use a rhyme scheme which repeats a rhyme from one stanza in the succeeding stanzas, such as in the terza rima, composed of tercets, with a pattern of a-b-a, b-c-b, c-d-c, etc. and ending in a rhymed couplet to the d line, or the Rubaiyat quatrain, rhyming AABA, which Kerry has given us before as a mini-challenge, and can also be chained where succeeding quatrains pick up the third line as the main rhyme for the next, as in the celebrated Rubaiyat of Omar Khayyam.

Now that I've thoroughly confused you, you'll be glad to know we aren't going to delve into either of those forms today (unless someone feels adventurous, of course--I'd love to read either one.)  No, I was just toying with you. Instead, we're going to chain entire lines, not syllables, not rhyme schemes, in an invented modern form of chained verse called the cascade. If it seems familiar, it may be because Marian Kent gave us an example of a similar type of chaining in her explication (and excellent example) of the Garland Cinquin last weekend.

The cascade is a form I first saw at the now defunct Big Tent Poetry. It's invention is attributed to Udit Bhatia, about whom I could find out nothing online, except that fact.

The rules are simple: write a short poem (or single complete image ) of three to five lines (or more if ambitious, but this is a mini-challenge.)  Choose your lines and subject carefully as you are now going to deconstruct that poem and use each line as the concluding line of a stanza. That is, your first line will end your second stanza, your second line will be the last line of your third stanza, and so forth. Each stanza should have the same number of lines as your original poem. If you wrote a three line original poem, you will end up with a four stanza cascade. This sort of structure will give a slowly building, cascading effect to the piece, hence the name. 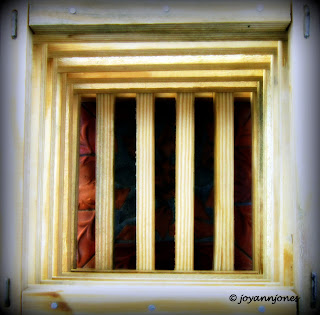 To get to the nuts and bolts, here's a simple one I worked up as an example. The first stanza is a very short standalone poem which completes a thought:

The next step is to write a second stanza that builds from that, and uses the first line as the last, then a third ending with the second line, and so on, till you end the last stanza with the last line.

A foot kicked through ashes
stirs  a feathery-cold cloud;
even the hottest fire burns out.

The flame of the bird on the spit is
long gone. The memory swallows,
but not until it has taken

crisped wings, charred
bones, the spindle's pierce; not
all that will burn. 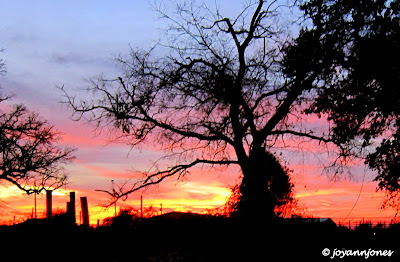 If you'd like to see a few more examples, here's a link to the Shadow Poetry site which gives an explanation as well as an example by the inventor. And here are links to two others I've written, one with a simple rhyme scheme, The Ghoul and the Weavers, and a longer, more complex one where I've altered some of the phrasing in the end lines, Train Time.

Hint: the longer your first stanza, the longer the poem becomes. It's a very organic process. 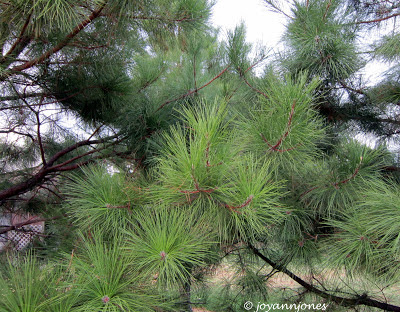 So toads, the challenge is to write a poem in the cascade form, where each line of the first stanza is used in sequence as the ending line of succeeding stanzas, line one ending the second, line two the third, etc. Each stanza should have the same number of lines as your first, and your completed poem will thus be one stanza longer than the number of lines in each, i.e., a four line initial stanza will equal a five stanza poem.

While attention should definitely be paid to the rules, don't be intimidated by them.  I encourage everyone once again to play around with this, to have fun and get creative--your response could be as simple and repetitive as a song lyric hook, as short as a chain of haiku-like tercets where lines are reused, or as complex as you want to make it. Rhyme it, or not, use a meter, or just make it free verse all the way, with the first stanza broken up into the lines that end each thought in an unbroken merge.

For those who are just not into exploring this particular style, by all means feel free to exceed expectations and do a terza rima or Rubaiyat as described earlier.

You may also eschew form completely and write a free verse piece around the theme of Chains. I've included a few of my amateur garden photos again; feel free to reuse them with attribution.

As always, in the spirit of these challenges to encourage and expand our writing, please write a new poem to either the form challenge or free verse option, and post it here with a link back to the Imaginary Garden. Finally, enjoy!

I'm looking very much forward to writing for this, Joy, but you will have to give me some time to put something together!

So cool. It's a bit like a villanelle, I think, or pantoum, but with it's own particular kick. I will need to think about it. Thanks for your beautiful and savory example. k.

I'm not entirely sure that I followed the rules but I was trying to get across a charity message and have a conversation and use your challenge which got a bit complicated. I'm pleased with the outcome though and I hope the charity will like it, they hope to use it on acampaign.

Thanks everyone. No rush--the whole point of posting the Sunday Challenge on Saturday is to give the brain cells time to get whirring. Also I know a lot of people on the eastern coast of the US probably have plenty to worry about today besides poetry--thoughts are with you.

I will be around to visit everyone just a bit later after chores--I look forward to seeing what our toads can do with this one.

Well if this doesn't get the hamster turning my brain wheel around a spin or two, I don't know what will.

Thanks for an excellent challenge, Hedge.

Thank you Joy! I love this challenge and it provided me with hope ;D

I have enjoyed this fresh cascade challenge, Joy, not so difficult as I expected thanks to your clear explanations.

I am so busy with "house stuff" but... I might have to sneak away from view and scribble a few things down... "Yeah, honey, I'm STILL cleaning the closet" (ha ha) Hope to be back later on Sunday.

Thanks, everyone--I've really enjoyed what I've read so far.

@Margaret--selling a house is one of the hugest pains in the rear in the WORLD--I hope I never have to again--but if you need to escape for awhile, we're here to support you in your procrastination. ;_)

hello joy, and thanks for the shout-out! i have to confess that i really find these forms--cascade, pantoum, even the garland cinquain--extremely challenging to the point of mostly being annoyed with them. but! obviously that means i should face my annoyance. i will do it! i will i will! i swear. tomorrow.
we got buried in snow and i'm not long for tonight, i don't think. in fact my body is stiff from shoveling and i feel like i might turn into stone, like a troll who got caught in sunlight.

I can only imagine, marian--please don't feel compelled if you are exhausted...shoveling snow is extremely onerous, and one of the few perks about living where the summers hit 115 all the time is that I no longer have to do it hardly ever--yay! I agree about the pantoum--trying to keep that from sounding like a nursery rhyme is a real challenge. This isn't quite so stringent, hopefully.

Get some rest, and maybe the snow-muse will whisper in your stiff and tired (but far from troll-like) ear.

I'm about to call it a night, too folks. I'm still having to limit my hours at the computer. But I will be back in the morning.

Well, I am not sure if I did it correctly, but I had fun trying.

Thank you, Joy, I really enjoyed writing to this form for the first time. It was a fun challenge! Thanks for the great tutorial on the cascade form--your examples and photos are lovely. :)

Girl, this was tough! There was thinking and such. But, I gave it a try!

Squeezed this one out without being seen by my husband (almost done with the house cleaning and it For Sale as of today!) UGH. I will be back this evening as we are now cleaning the garage :)

I enjoyed this challenge, Hedge. The writing did not feel forced - a problem I'm trying to avoid at present.

Many thanks for your encouragement.

Laffin @ MZ flummoxed with the thinking. She seems to have done just fine, in the end!

Thanks everyone--I'm really impressed with what everyone did with this, despite all the slaving and thinking necessary. ;_) I really appreciate the time and effort put in, and hope everyone got even half as much enjoyment from it as I did.

I picked the first 4 lines with no inspiration and a half laugh, but I love what grew from them. Thank you for this sweet form prompt, Hedgewitch.

Thanks for the challenge. I had trouble coming up with something, but I finally did.

I tried one, kids. It is not the best, but I'm a very old dog, and this is a very new trick. Hee hee.

Well, I gave it a shot. Thanks Joy!

Hi, Hedge!! Thank you for this challenge...a beautiful form that is knew to me. :)

Hi,
I no longer write form poetry, but it's always nice to see the Cascade being used. I started this form about 5-6 years ago =)