Out of Standard: Eskimo 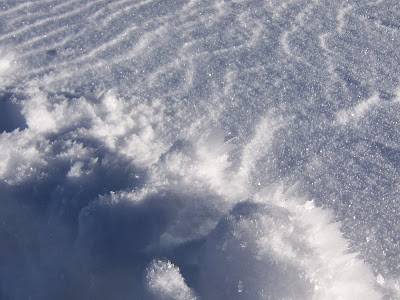 Greetings Garden Dwellers.
Welcome back to Out of Standard, where I will set before you a challenge to defy the conventions of a particular theme.  I will call upon you to write out of the standard and find new places in the everyday.  Let’s move onward to December’s challenge...

With Ole Man Winter slowly boring down on the northern hemisphere, today’s challenge will revolve around one word and one word only:

The claim that Eskimo languages have an unusually large number of words for snow is a widespread idea often used as a cliché when writing about how language may keep us more or less alert to the differences of the natural world. In fact, the Eskimo languages have about the same number of distinct word roots referring to snow as English does, but the structure of these languages tends to allow more variety as to how those roots can be modified in forming a single word

The Out of Standard Challenge:

For your challenge today, my muddy buddies, I am asking that you write a poem using the word Eskimo but do not reference snow (or any adjective there of). Remember the further you stretch yourself from the norm, the better the result will be.

So go on, my lovelies...and us back something shiny and new!

Imagined By Isadora Gruye at 1:55 AM
Email ThisBlogThis!Share to TwitterShare to FacebookShare to Pinterest
Labels: Out of Standard

okay, when did my blog (and my Facebook wall) become a memorial page? i am not sure how much more death i can take.

I rant in this poem, sorry. It's not really a poem.

As always, twisty but good, Izy. I worked a little Eskimo into my game, but I'm still disillusioned that they don't really have thousands of words for snow.

a bit of a tangent on the prompt, hope you don't mind ~

mmmh, thinking! I use to live in Alaska ;D

I'm apologizing for this beforehand.

I actually thought I was logging in to tell you "I have nothing". But then I made myself just breath and go with the flow. And I came up with something after all! Thanks.

...and is the Iz-chica herself going to write us something??? We wait, like starving wolves. ;-)

OK OK OK. I will never call an Inuit an Eskimo again. I have been "PC'd" once again. :)

This was tough because I couldn't use snow and the Inuit people don't like to be called Eskimos, but I did come up with something. :)

Sorry I'm so late, and sorry this is so offensive, but the topic got me to thinking...