Hi friends!  For my featured poet series, I am pleased to introduce you to the poems by Paul Celan. 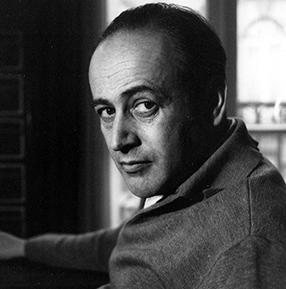 Paul Antschel, who wrote under the pseudonym Paul Celan, was born in Czernovitz, in Romania, on November 23, 1920. The son of German-speaking Jews, Celan grew up speaking several languages, including Romanian, Russian, and French. He also understood Yiddish. He studied medicine in Paris in 1938, but returned to Romania shortly before the outbreak of World War II. His parents were deported and eventually died in Nazi labor camps; Celan himself was interned for eighteen months before escaping to the Red Army.
In 1945, he moved to Bucharest and became friends with many of the leading Romanian writers of the time. He worked as a reader in a publishing house and as a translator. He also began to publish his own poems and translations under a series of pseudonyms. In 1947 he settled on the pseudonym Celan—an anagram of Ancel, the Romanian form of his surname. He lived briefly in Vienna before settling in Paris in 1948 to study German philology and literature. He took his Licence des Lettres in 1950, and in 1952 he married the graphic artist Gisele de Lestrange. They had a son, Eric, in 1955.
Celan’s first book was published in 1947; it received very little critical attention. His second book, Mohn und Gedaechtnis(Poppy and Memory), however, garnered tremendous acclaim and helped to establish his reputation. Among his most well-known and often-anthologized poems from this time is “Fugue of Death.” The poem opens with the words “Black milk of daybreak we drink it at evening / we drink it at midday and morning we drink it at night” and it goes on to offer a stark evocation of life in the Nazi death camps.
In 1959, Celan took a job as a reader in German Language and Literature at L’École Normal Superieure of the University of Paris, a position he would hold until his death in 1970. His poems from this period grew shorter, more fragmented and broken in their syntax and perceptions. In 1958, he was awarded the Bremen Literature Prize and in 1960 he received a Georg Buchner Prize.   During the 1960s he published more than six books of poetry and gained international fame. In addition to his own poems, he remained active as a translator, bringing out works from writers such as Henri Michaux and Rene Char. In 1970, Celan committed suicide. He is regarded as one of the most important poets to emerge from post-World War II Europe.

Hours, May-colored, cool.
The no-more to be named, hot,
audible in the mouth.

Aching depth of the eyeball:
the lid
does not stand in its way, the lash
does not count what goes in.

The tear, half,
the sharper lens, movable,
brings the images home to you.

TRANSLATED BY PIERRE JORIS
Threadsuns
above the grayblack wastes.
A tree-
high thought
grasps the light-tone: there are
still songs to sing beyond
mankind.

You can read more of his poems here.
The challenge is write a new poem or prose poem inspired by the title, verse or style by Paul Celan. I look forward to reading your work. Please visit and comment on the work of others.   And Happy Weekend to all !   Grace (aka Heaven)
Imagined By Scarlet at 12:00 PM
Email ThisBlogThis!Share to TwitterShare to FacebookShare to Pinterest
Labels: Featured Poet, Heaven, Paul Celan, Sunday Mini Challenge

Hi Grace, thanks for the introduction to this great poet. I have posted something already this morning, but will think about him--a bit heavy! But he's really good. Thanks. k.

Some amazing poetry, Grace. Thank you for the introduction.

He is a bit on dark side due to his circumstances. I am glad you enjoyed this post ~

I can always do dark, Grace. Though no way can I do it as good as Celan. Back tomorrow to read.

Poetry so befitting for today where newspapers have been retelling the stories from Srebenica 20 years ago.. so the black milk is still served.

Hi Grace,
I hope all is well in your world~ Thank-you, for sharing him with us~
I will return.

Really wonderful, thanks for sharing!

Hope you're all having a wonderful weekend :D I chose the title "An eye,open" for inspiration. Hope you all like it :D

Thank you Grace for this lovely opportunity, this one's for you!

Wow, thanks for introducing us to this amazing poet. I have a special interest in the concentration camp era, have read many many testimonies. I will see if I can summon up some memories.

Thank you, for this introduction and poetic examples, Grace...very informative and inspiring!

Thank you Grace for the introduction of this great poet...

I enjoy the poet's lack of concern about syntax, even given the fact his work is translated. It is a gritty form of communication, especially suited to the dark themes. Very inspiring. Thank you, Grace.

I have twice visited the Holocaust museum in Washingon DC and have yet to complete the experience - I take everything in, read and watch everything. If I don't get to this today I will link up on the Tuesday Platform

I beg to differ, Hedge...you can do dark better than this man, or anyone.

Thank you, Grace. I don't usually have time to write on Sunday mornings, but am grateful for this prompt on this rare occasion.

Oh dear! I did not realize when reading Sherry's poem that it was a Sunday Mini Challenge. Coming back to blogging has been challenging! I, so far am having difficulty simply with the technical stuff. So, I owe you gratitude and shall say thank you for the Mini Challenge. Ha! I gave credit to Sumana and to Sherry for the term "black milk" but not to Paul Ceran - gratefully Bjorn pointed this out and I have rectified my mistake!

No problems Liz, thanks for joining in ~