Kerry Says ~ Let's Tip Our Hats to the Bard

It is 400 years ago to the day that William Shakespeare died (and if legend is true, 452 since he was born). It would be remiss of this community of poets to allow the day to slip by without at least a nod in the direction of the progenitor of modern English literature.


I read an interesting article recently which brought home how valuable a contribution Shakespeare made to the archives of the world. A set of four extremely rare folios will be sold at auction in May, and are expected to fetch £ 1.3 million. The full article can be read at The Daily Mail UK.

Another example of historical commemoration this year, is that of artist Robin Reynolds' redrawing of the 1616 Visscher engraving, which details the city of London from Whitehall to St Katharine’s Dock and has been described as one of the most 'recognisable and historic' images of London. Read more HERE. Within Reynold's view of current day London, taken from the same vantage point as the original, he has embedded 41 hidden references to the works of Shakespeare. If you enjoy searching for hidden objects, and have some time to spare, I would recommend the challenge of looking for each one at Visscher Redrawn: Hunt the Shakespeare.

I do not want this prompt to be another tried and tested Shakespeare bonanza. Rather, I would encourage you to approach the topic of "things Shakespearean" in a different way. Our world is a very different place to the one he inhabited, and many would question the relevance of Shakespeare's work today. If you could save only one piece of his body of work - one name, one line, one title, one sonnet, one play - which would it be?

This is one suggestion to get the ideas flowing. I am setting no strict parameters, but ask that some reference be made to the Bard, in his honour on this particular day.

I was so hoping that there would be a prompt connected with Shakespeare - celebrating his place in April. Adored this one Kerry.

i might do a sonnet here... To me it sounds impossible with just a fragment to keep... Fortunately.

I agree with Bjorn – and have said so in pure doggerel!

Wonderful prompt, Kerry--I was very curious to see what you would do with this--I will see if I can come up with something at some point that is sufficient unto the man who has most surely taken our language from the mundane to the celestial and back, often in one phrase. Thanks.

Loved the prompt Kerry - I just couldn't resist letting out my romantic side. Sharing my poem "Romeo and Juliet." Hope you guys like it!

I tried to focus on the legacy and how different it would be without his words... and a Shakespearean sonnet of course.

Kerry, I couldn't pick just one Shakespeare piece to keep forever...so I kept snippets from the majority of his work and pieced it together in my letter to him:)

Wonderful prompt, Kerry. I went rather to the silly side, I'm afraid; may think about another as well. k.

With such a vast and daunting quantity and quality of material when it comes to the Bard....I loved the way you presented this prompt, Kerry. Really made it less intimidating and more personal....great idea, thanks :-)

Sanaa - Still don't think my comments are getting through. Apologies.

Sorry I missed writing for this one. I did have a start but time ran out. I am not super well versed in his writings. Equally with the poems I like his plays. Like the proverbial "bible on the shelf," I do own "The Complete Works of William Shakespeare" which I bought at the bookstore and souvenir store at Stratford on the Avon, U.K. And like my "Complete Works of Robert Burns" purchased at the souven shop near his birthplace, Alliway, Aryshire, Scotland.
I didn't get far either with a Poem a Day writing but still get to write a few more. Thank you for hosting.
..

I don't even know what I'm doing here anymore but the particular sonnet I've quoted is pretty important to me. Hope you are all well, xoxo

a day late and a dollar short, but slipping in the side entrance anyway with a poem.

Thank you, for the challenge Kerry...I'm glad I finally got to get to it...I've found a great old Shakespeare book recently...gave me a great reason to browse through it. :) 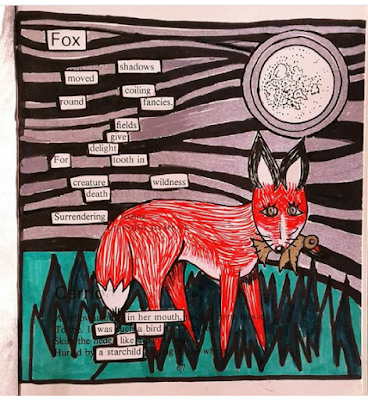